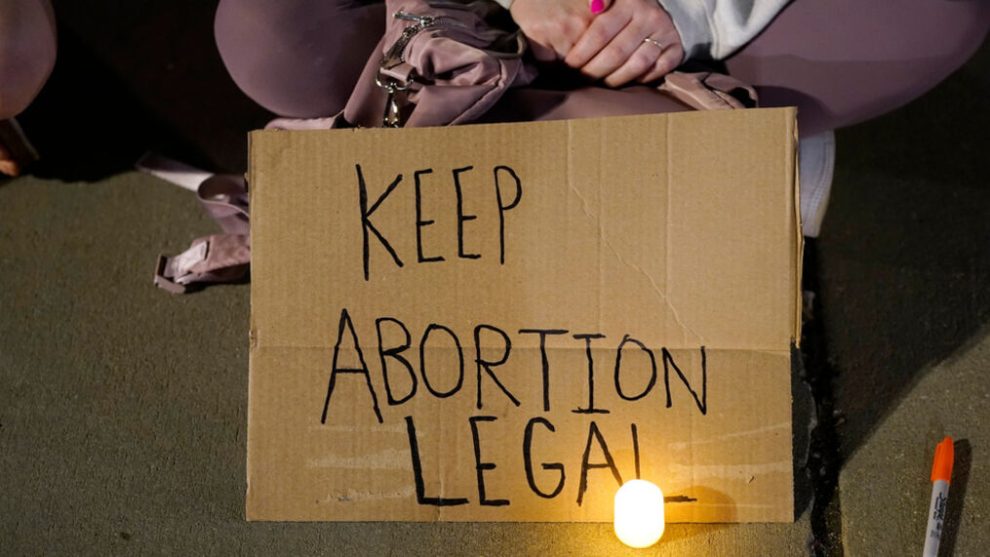 A group of radical pro-abortion activists gathered outside the homes of multiple U.S. Supreme Court Justices on Saturday to protest the Court’s expected decision to repeal Roe v. Wade.

According to a draft opinion written by Justice Samuel Alito leaked to the media on Monday, the Court is poised to overturn the landmark abortion rights case.

Protesters have taken drastic measures, like blocking church entrances and now showing up on the doorsteps of Supreme Court Justices’ homes.

Protesters also drew images of hangers in chalk on the street in front of Roberts’ home.

A crowd of angry pro-abortion protesters have marched to a house believed to belong to a U.S. Supreme Court Justice. Video by @DouglasKBlair. #prochoice #prolife #abortion pic.twitter.com/e4mICRYjPU

The group shouted outside of Roberts’ home that “The whole world is watching.”

The protesters also made a stop at Justice Brett Kavanaugh’s home, which was reportedly orchestrated by one of Kavanaugh’s neighbors.

The pro-abortion radicals reportedly chanted, “No uterus, no opinion,” outside Kavanaugh’s home.

A group of pro-choice protesters has gathered in Chevy Chase to hold a vigil in front of Chief Justice Roberts’ home. @wusa9 pic.twitter.com/xFw21jgBWc

These pro-abortion activists are seemingly enabled by President Joe Biden’s White House, which refused to condemn protests outside of the Justices’s homes.

White House Press Secretary Jen Psaki said that peaceful protests are “not extreme” and “there’s a long history in the United States” of protests.

Psaki reportedly said she does not “have an official U.S. government position on where people protest.”

“We obviously want people’s privacy to be respected. We want people to protest peacefully if they want to protest. That is certainly what the president’s view would be,” Psaki said.

Saturday’s protests outside of Roberts’ and Kavanaugh’s homes are not the only ones scheduled to happen. The organization Shutdown DC plans on Monday to protest outside of Justice Alito’s home.

Another group, Ruth Sent Us, plans to protest outside the homes of all six conservative Justices, including Justice Neil Gorsuch, Justice Amy Coney Barrett, and Justice Clarence Thomas.

“At the homes of the six extremist justices, three in Virginia and three in Maryland. If you’d like to join or lead a peaceful protest, let us know,” the organization’s website reads.