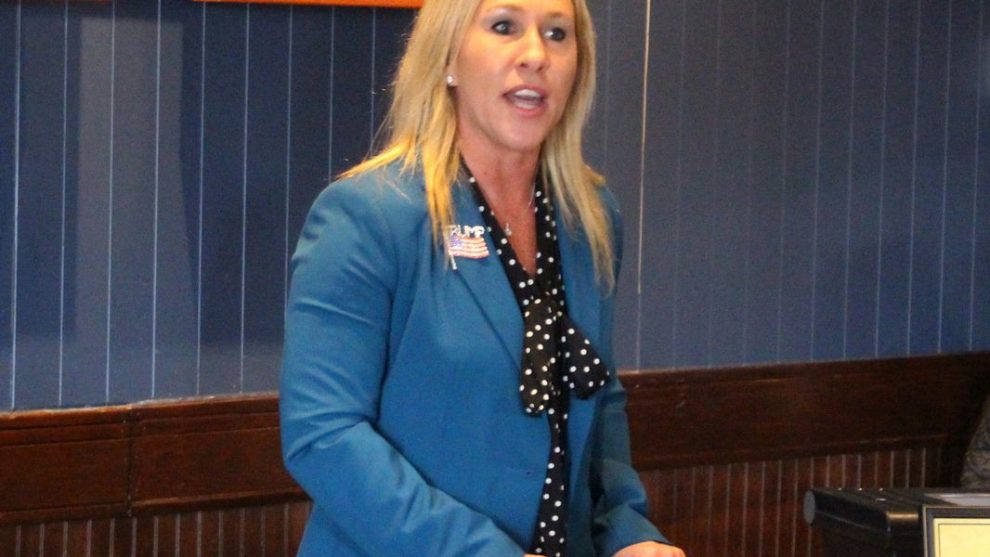 Greene and her opponent, neurosurgeon John Cowan, had both advanced to the runoff after neither candidate received more than 50 percent of the vote in the June 9 primary. Greene won with 60 percent of the vote on Tuesday, while Cowan trailed at 40 percent, according to The Associated Press.

Greene celebrated her victory, saying she would work to “Save America,” “Stop Socialism” and “Defeat the Democrats.”

The race was thrust into the national spotlight in June after a number of videos showing Greene making bigoted remarks were unearthed by Politico.

The comments included Greene comparing Democratic donor George Soros to a Nazi, saying the 2018 midterms were like an “Islamic invasion of our government” and asserting that African Americans “are held slaves to the Democratic Party.”

The comments were quickly condemned by Republicans, including Rep. Jody Hice (Ga.), who rescinded his endorsement of her.

Greene also gained attention over comments in which she expressed support for QAnon, a conspiracy theory that posits that President Trump and his allies are working together to expose and arrest an underground cabal of global elites who control the government.

“He is someone that very much loves his country, and he’s on the same page as us, and he is very pro-Trump,” she said of “Q,” the mysterious figure at the center of the conspiracy theory, in a YouTube video from 2017.

“I’m very excited about that now there’s a once-in-a-lifetime opportunity to take this global cabal of Satan-worshipping pedophiles out, and I think we have the president to do it,” she continued.

Despite the negative attention, Greene remained competitive with Cowan throughout the race, edging him in the initial June primary with just more than 40 percent of the vote to Cowan’s 21 percent.

An internal poll from Cowan’s campaign showed the two candidates neck and neck at 38 percent heading into the runoff. Additionally, Greene appeared to have a fundraising advantage in the race.

Democrats quickly seized on Greene’s victory and looked to tie her to Georgia Republicans running in other races.

“Georgia Republicans own this crisis and their mealy-mouthed statements can’t hide the fact that Marjorie Taylor Greene’s nomination is a stain on their party,” Hogan added.

“Georgia Republicans, and Republican candidates running across the country, will have to answer for her hateful views in their own campaigns,” added Rep. Cheri Bustos (D-Ill.), the chair of the Democratic Congressional Campaign Committee.