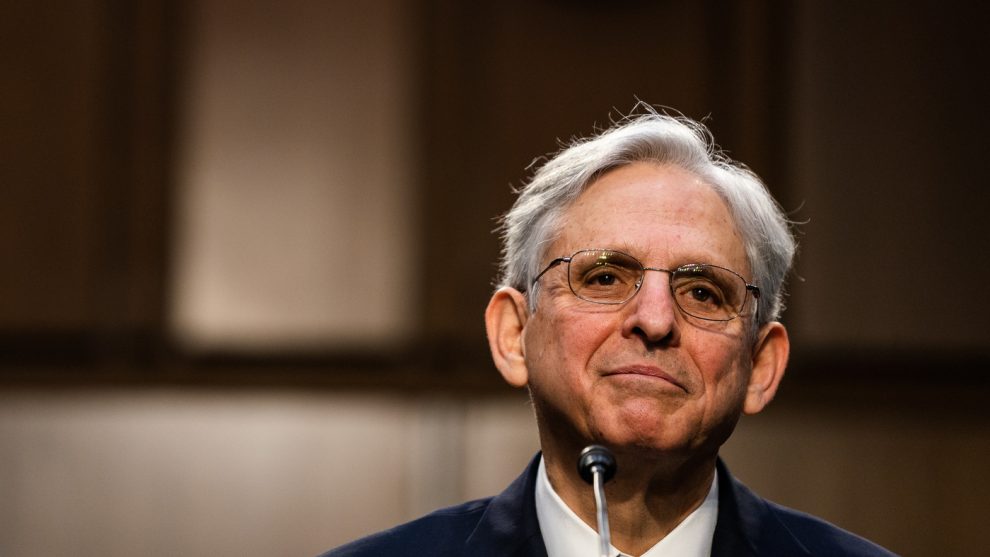 The Federal Bureau of Investigation raid this week on former President Donald Trump’s Florida home is likely meant to prevent Trump from running for president in 2024, a former lawyer for the Trump administration claimed Wednesday.

On Monday, the FBI conducted a search of Trump’s Mar-a-Lago residence, ostensibly over Trump’s possession of classified documents from his presidency.

The Epoch Times reports that former Trump Department of Justice official Jeffrey Clark said it “defies rational explanation to think that this is really something that is not explainable by pure politics,” in light of the aforementioned Democrat cases “that had been totally swept under the rug.”

One particular point of dispute has been whether Trump could shed light on the case by releasing a copy of the search warrant agents presented to him. His opponents say he likely has a copy and doesn’t want to release it because it would show the search to be well-founded; his defenders assert he doesn’t have a copy, or if he does he cannot release it without exposing classified information it references.

Clark, whose own home was searched this summer by the FBI as part of the January 6 investigation, did not have firsthand knowledge of the question in Trump’s case but suggested that the affidavit used to obtain the warrant could be “something that the President’s lawyers need to do wrangling in order to get access to. But they should certainly try. I think that a warrant needs to have that support, and not just be part of a secret process.”

“I still don’t have a copy of the affidavit that was used to obtain the warrant for the search of my house,” noted Clark.

Ultimately, Clark said, he believes the raid is part of attempts to prevent Trump from attempting to return to the White House.

“Marc Elias [former Clinton attorney] is saying that the criminal statute could result in President Trump being barred from future office,” Clark says. “And I think it’s clearly part of his plan. He had been using an earlier plan of trying to use the Fourteenth Amendment provisions to bar folks like Marjorie Taylor Greene and Madison Cawthorn from holding federal office again. So this seems to be a general Democrat plan.”

The media is missing the really, really big reason why the raid today is a potential blockbuster in American politics.👇 pic.twitter.com/3BdI9NA9Az

Others suspect the opposite – that the raid is meant to either keep public attention on Trump to distract from President Joe Biden’s handling of the issues, or to provoke sympathy for Trump that goads Republicans into nominating him again, on the theory that he would be easier to defeat following his loss to Biden.