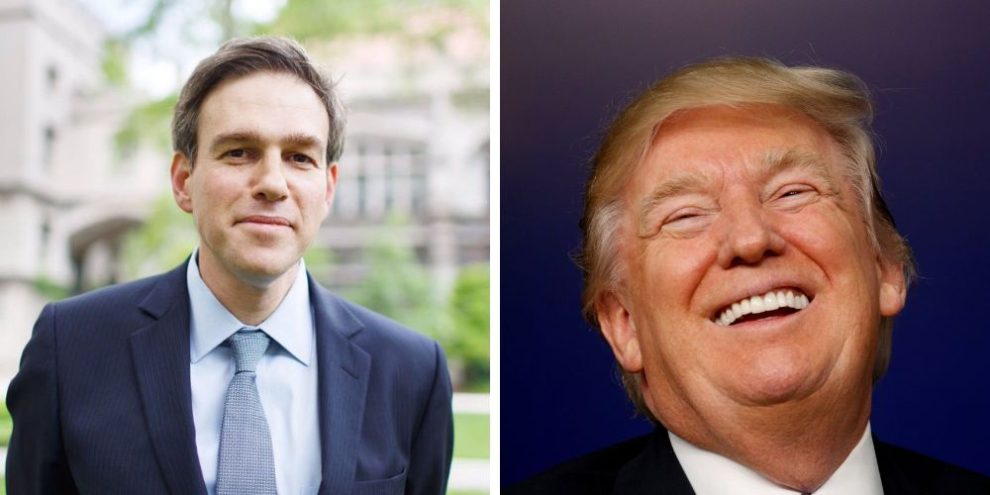 Bret Stephens wrote in The New York Times on Thursday that he was wrong to label Trump supporters “appalling.” He admitted, too, that the Russian collusion narrative about Trump’s election to the presidency in 2016 was a hoax. The New York Times was awarded a Pultizer for exposing the ties, which were proved to be not based in fact.

In fact, the Federal Election Commission fined both the Democratic National Committee and Hillary Clinton’s 2016 presidential campaign for lying about the funding behind the Steele dossier, which was used in an attempt to link Trump to Russia and discredit his campaign. That dossier was proved to have been fabricated by Democrat operatives and fed to attorneys being paid by Clinton’s campaign.

The New York Times, among other outlets, won a Pulitzer Prize for their reporting in 2017 on the alleged ties between Trump and Russia, which was alleged to be for the purpose of Russia meddling in US elections to help Trump’s election bid. The Times wrote 10 articles on the subject, and after the revelations, many of which were exposed by Mollie Hemingway and The Federalist came to light, Trump asked the Pulitzer Prize Board to reverse the wins.

The Board refused, despite the apparent falsehoods that underlay the 10 articles that were awarded, to overturn them. Yet Stephens, writing for the Times, has read the evidence as well, and revealed that the paper that won the awards was guilty of believing falsehoods.

In defending their refusal to overturn the wins, the the Pulitzer Prize Board said “that no passages or headlines, contentions or assertions in any of the winning submissions were discredited by facts that emerged subsequent to the conferral of the prizes.”

In Stephens’ piece titled “I Was Wrong About Trump Supporters,” he wrote, “The worst line I ever wrote as a pundit” was “If by now you don’t find Donald Trump appalling, you’re appalling.”

“This opening salvo, from August 2015, was the first in what would become dozens of columns denouncing Trump as a unique threat to American life, democratic ideals and the world itself,” he wrote.

“Trump’s appeal, according to Noonan,” he went on, “was largely to people she called ‘the unprotected.’ Their neighborhoods weren’t so safe and pleasant. Their schools weren’t so excellent. Their livelihoods weren’t so secure. Their experience of America was often one of cultural and economic decline, sometimes felt in the most personal of ways.”

“It was an experience compounded by the insult of being treated as losers and racists —clinging, in Obama’s notorious 2008 phrase, to ‘guns or religion or antipathy toward people who aren’t like them,'” he continued. “No wonder they were angry.”

Stephens said that Trump supporters’ anger was not “unfounded or illegitimate” nor “aimed at the wrong target” and admitted, “Trump voters had a powerful case to make that they had been thrice betrayed by the nation’s elites. First, after 9/11, when they had borne much of the brunt of the wars in Iraq and Afghanistan, only to see Washington fumble and then abandon the efforts.”

He added, “Second, after the financial crisis of 2008, when so many were being laid off, even as the financial class was being bailed out. Third, in the post-crisis recovery, in which years of ultralow interest rates were a bonanza for those with investable assets and brutal for those without.”

In noting “the great American cultural revolution” that occurred in the 2010s in which “traditional practices and beliefs” shifted, Stephens conceded, “It’s one thing for social mores to evolve over time, aided by respect for differences of opinion. It’s another for them to be abruptly imposed by one side on another, with little democratic input but a great deal of moral bullying.”

Stephens also finally admitted that the narrative of Russian collusion, “the Steele dossier and all the bogus allegations, credulously parroted in the mainstream media, that flowed from it,” was an “elaborate hoax” and that “there’s just no other word for it.”

However, Stephens still argued that he would not be “morally” wrong to “lambaste Trump’s current supporters, the ones who want him back in the White House despite his refusal to accept his electoral defeat and the historic outrage of Jan. 6.”

Stephens’ column comes as Democrats are looking at the real potential for big losses in the midterm elections this fall.