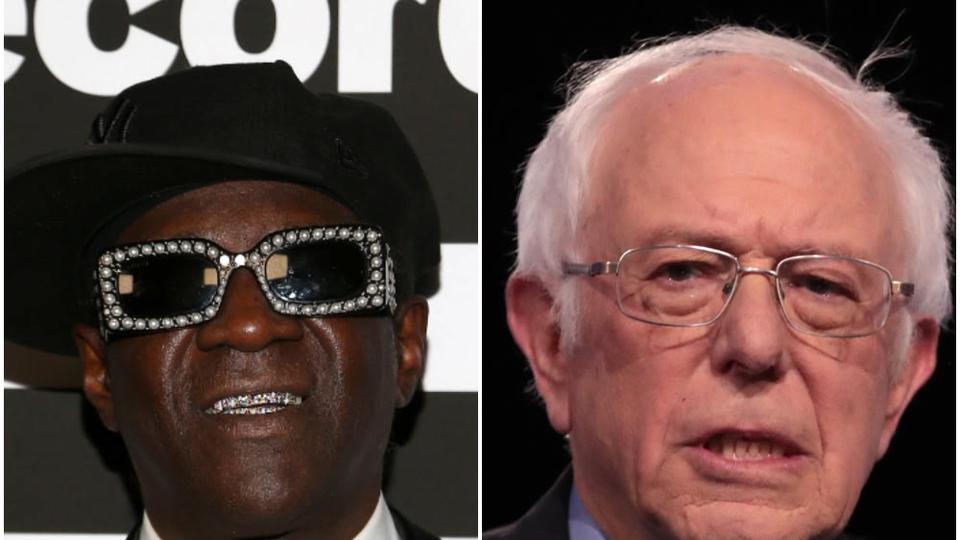 This week in hip hop beef, Flavor Flav has taken issue with Bernie Sanders’ use of his likeness and Public Enemy’s name for his campaign.

In his letter, Flav’s lawyers note that neither he nor the iconic group have not endorsed any candidate.

“While Chuck is certainly free to express his political views as he sees fit — his voice alone does not speak for Public Enemy,” Flav’s lawyers wrote. “The planned performance will only be Chuck D of Public Enemy, it will not be a performance by Public Enemy… To be clear, Flav and, by extension, the Hall of Fame hip hop act Public Enemy with which his likeness and name have become synonymous has not endorsed any political candidate in this election cycle and any suggestion to the contrary is plainly untrue.”

Sanders’ campaign announced a March 1 stop in Los Angeles last week with a poster using the title of Public Enemy’s famed song “Fight the Power” as a call to action for his campaign. The poster also said the rally, to be held at the Los Angeles Convention Center, will be Bernie Sanders and Public Enemy.

“It is unfortunate that a political campaign would be so careless with the artistic integrity of such an iconoclastic figures in American culture,” the letter reads. “Sanders claims to represent everyman not the man yet his grossly irresponsible handling of Chuck’s endorsement threatens to divide Public Enemy and, in doing so, forever silence one of the nation’s loudest and most enduring voices for social change.

“Perhaps Sanders didn’t intend to sow these irreconcilable differences but, by and through his disregard for the truth, he has nonetheless.”