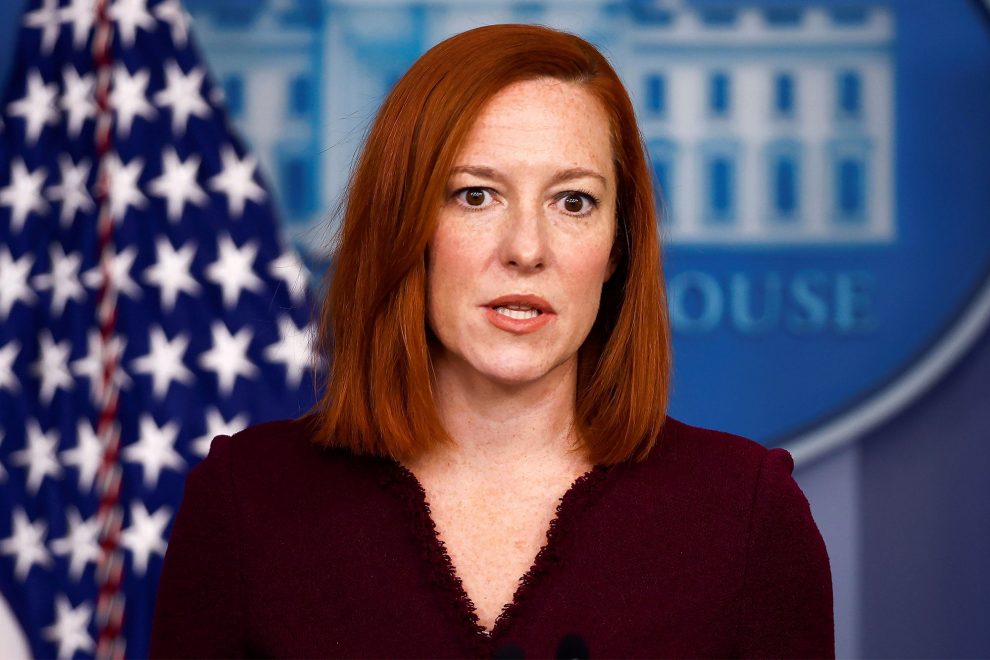 White House Press Secretary Jen Psaki said on Tuesday that the administration continues to support what they claim are “peaceful” protests outside the homes of Supreme Court justices.

The remarks come after leftists have protested outside the homes of several Supreme Court justices after a draft of the court’s majority opinion showed that they are set to overturn the controversial Roe v. Wade decision.

“I think I said yesterday, but I’m happy to repeat because I think it’s important for everybody to hear that the president’s long-standing view has been that violence, threats, and intimidation of any kind have no place in political discourse,” Psaki said Tuesday. “And we believe, of course, in peaceful protests.”

“So, I know that there’s an outrage right now, I guess, about protests that have been peaceful to date, and we certainly continue to encourage that outside of judges homes,” Psaki later added. “And that’s the president’s position.”

Psaki on "protests that have been peaceful to date":

"We certainly continue to encourage that outside of judges' homes." pic.twitter.com/h3t8Jsw1Ss

Multiple Republicans have called out the administration’s response to leftists showing up to the homes of Supreme Court justices.

“None of these Democrats care. Joe Biden won’t condemn it. The White House won’t condemn the leak. Instead, they sit back and say, ‘Oh, isn’t that interesting,’” Sen. Ted Cruz (R-TX) said. “These thugs have no business at the private homes of any government official, these Supreme Court justices or anyone else.”

Sen. Chuck Grassley (R-IA) tweeted, “We can’t tolerate intimidation as a political tool It’s 1 thing to peacefully demonstrate & another to undermine institutions like SCOTUS+harass justices at home bc of a decision u might not like And ANYONE making threats of violence should be arrested & prosecuted.”