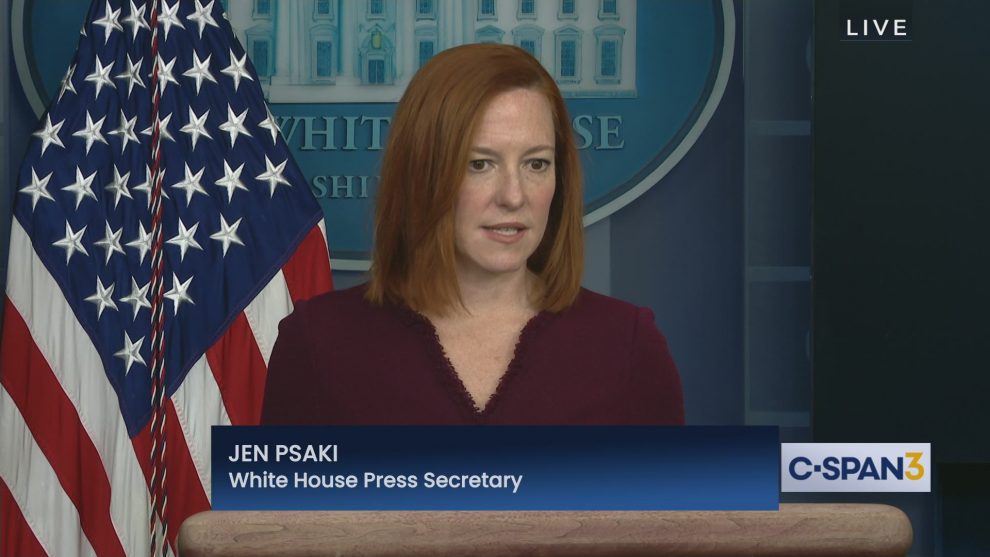 Jen Psaki Is Getting Worse

Happy Tuesday, dear Kruiser Morning Briefing friends. The chamber orchestra outside of my shower this morning really surprised me. I usually wait until after lunch for Bach.

Very often throughout 2020, I would comment that it seemed like there were only two news stories to write about: COVID and the election. All other stories were merely variations on those themes. It was a little frustrating at times, I will admit.

I didn’t know how good I had it then.

During a lengthy conversation with a friend on Monday, I mentioned that there had only been one story for the last week and a half and we have all just been looking at different ways to go at it. There would be some real money in writing a thesaurus that is all about different ways to say, “Joe Biden is awful and this is so much worse than any of us thought this would be.”

While watching the latest episode of American Horror Story: Joe Biden, I was struck by just how awful it is to have Jen Psaki dealing with the press. Lady Baghdad Bob had barely been on the job when it became painfully obvious that she was horrible at the job.

As with everything having to do with this administration, she’s only gotten worse.

It’s difficult to pick out the worst of Psaki’s performances in front of the press corps, but I would easily nominate Monday’s briefing. Paula had the story:

Is Jen Psaki lying or is the Biden administration in denial about Americans who are stranded in Afghanistan, unable to safely travel to the airport?

During Psaki’s Monday press briefing, Fox News’ Peter Doocy made the distinction that Americans are by and large not criticizing Biden’s decision to leave Afghanistan, but the “way he has ordered it to happen by pulling troops before getting these Americans who are now stranded.”

“Does [Biden] have a sense of that?” Doocy asked.

Psaki, in her best Ministry of Truth voice, denied that Americans are currently stranded in Afghanistan, which has descended into chaos since Biden’s inglorious “withdrawal” from the country.

“First of all, I think it’s irresponsible to say that Americans are stranded. They are not. We are committed to bringing Americans who want to come home, home,” Psaki shot back at Doocy [emphasis added]. “We are in touch with them via phone, via text, via email, via any way that we can possibly reach Americans to get them home if they want to return home.

Surprise! That didn’t work out so well for her. I’ll feature just a few of the responses. Here is one from Paula’s post:

We just received this audio from an incredibly brave American in Kabul. She was attacked each time she tried to reach the airport. Despite the danger to herself, she wants us to share this. We must guarantee the safety of Americans and our allies before it is too late. pic.twitter.com/Oq6R7YuWuJ

I’m not sure which working definition of “stranded” we’re using these days, but that definitely does seem to be describing it.

I got off the phone with someone this morning desperately trying to get people out. This is a blood boiling lie. https://t.co/fot2Xnz10k

They’re lying so much now that they keep losing Jake Tapper.

Again, it’s best not to speculate about how things can get worse because they probably will. When the brain trust that’s supposed to be running the country look around the room at each other, they see anything but people with functional brains. No doubt they all think that Psaki is competent and doing a bang-up job. I bet a few of them even think that Biden has all of this under control.

If anyone in the administration is aware that Psaki kinda mucks it up every time she gives a press briefing, they might want to suggest replacing her with someone who is aware that the rest of us have the internet.