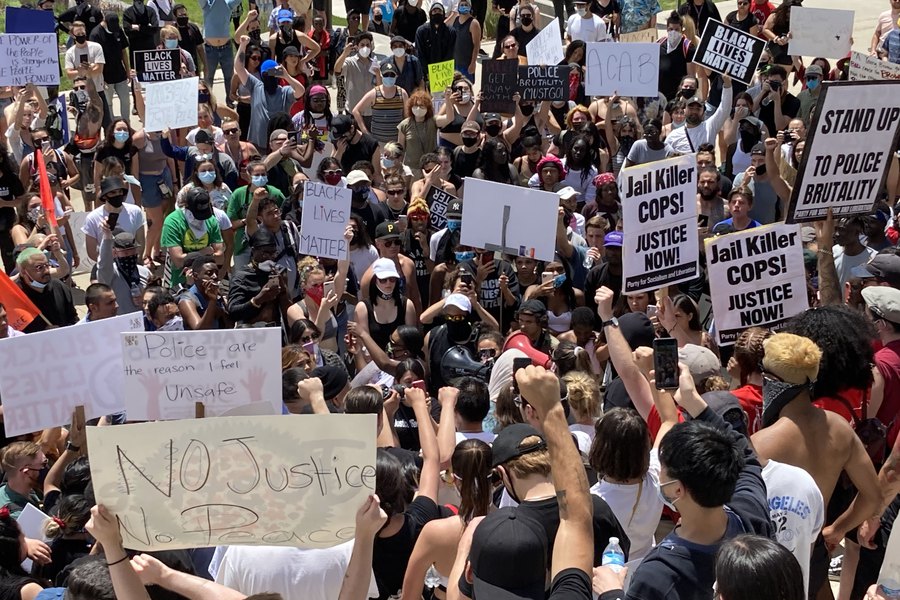 Officials in Los Angeles, Seattle, and Miami-Dade County, Fla., have acknowledged that anti-police protests and riots may have led to increased spread of the coronavirus, according to a Fox News report.

All three cities have experienced an uptick in coronavirus cases after weeks of protesting sparked by the death of George Floyd in Minneapolis police custody. Many Democrats and public-health professionals alike had voiced support of the demonstrations, including Los Angeles mayor Eric Garcetti.

Two days after maintaining that there wasn’t “any conclusive evidence” showing a connection between protests and a surge in cases of the virus, Garcetti did an about-face, saying the county’s public-health director “does think some of the spread did come from our protests.”

The county reported a record 3,187 new coronavirus cases on Friday, the highest daily total since the start of the pandemic, according to health officials on Sunday.

Still, Garcetti didn’t admonish protestors. “It’s not the act of protesting — that’s a great and American thing to do no matter what your opinion is . . . but protesting without maintaining physical distancing, without wearing your mask, without having sanitizer – we just have to be smart. Whether you’re at a protest or at your home, whether in your workplace or whether you’re out shopping, these rules don’t change.”

In Miami-Dade protests were a “contributing factor” to spiking cases, a spokesperson for the mayor told Fox News.

A team of medical experts who advise Mayor Carlos A. Giménez have told him that based on information in local emergency rooms, the protests were a contributing factor to the spread of the virus, “along with our community letting its guard down and not social distancing or wearing masks, as mandated. Graduation parties, house parties and restaurants illegally turning into clubs after midnight all contributed to the spike.”

Giménez issued a curfew last week in an attempt to curb the spread of the virus in the county.

Meanwhile, Seattle city health official James Apa told Fox News any impact of protests was marginal: “A small percentage of the total number of cases reported going to a protest, which may or may not mean they acquired it there. Protests are not driving our upsurge in cases.”

In New York, though WNBC reported that over the course of a week the city’s percentage of positive coronavirus cases rose for four consecutive days, mayor Bill de Blasio’s office maintained that the protests had not affected community spread in the city.

“Based on our health indicators, which measure hospital admissions, number of people in ICU and percentage of New Yorkers testing positive, we have seen no indication of an uptick in cases,” Avery Cohen, de Blasio’s deputy press secretary, told Fox News. While cases in Los Angeles, Seattle, and Miami-Dade are all increasing, cases in New York City have been steadily declining, though it remains unclear if potentially asymptomatic cases among the mostly young crowds are going undetected.

Last month, the city drew criticism for its decision not to ask people if they participated in Black Lives Matter protests during contact tracing calls to monitor the spread of coronavirus.

Governor Andrew Cuomo, however, told New Yorkers last month, “If you were at a protest, go get a test, please.”