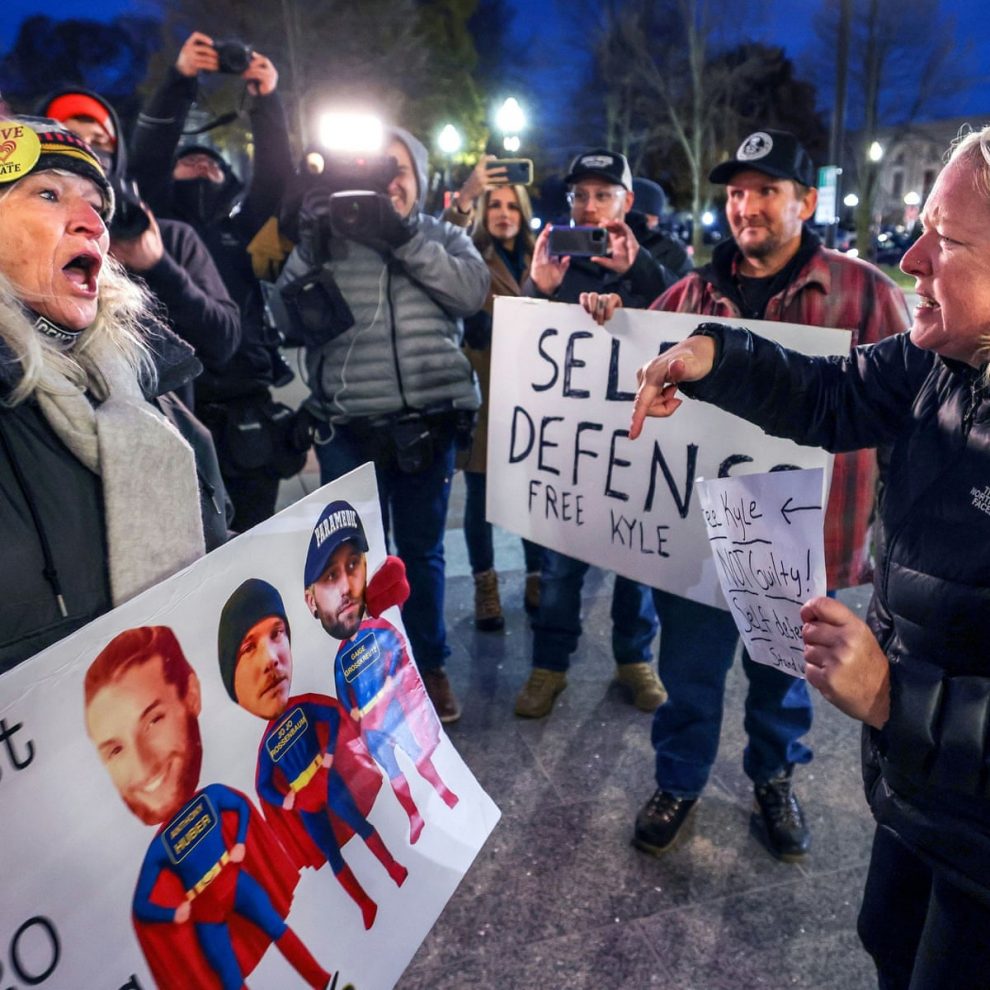 Protesters took to the streets of Brooklyn, Chicago, Oakland, and other cities following the not guilty verdict in the Kyle Rittenhouse trial.

After the verdict, hundreds of people took to the streets of Brooklyn, New York, to voice their frustration with the jury’s verdict.

The crowd gathered at Barclays Center in Brooklyn and reportedly chanted, “Say his name, George Floyd.”

Massive crowd of #BlackLivesMatter activists take to the streets of Brooklyn NY in response of the #KyleRittennhouse case and chant " SAY HIS NAME, GEORGE FLOYD " #NYC pic.twitter.com/kla33lV5gm

Progressive activists have tried incessantly to make the Rittenhouse trial about race, even though Rittenhouse and the three men he shot were all white.

In Chicago, dozens of protesters went to Federal Plaza to protest the verdict. They were reportedly carrying signs reading, “Kyle Will Kill Again,” “Workers United to Smash Fascism,” and “Reject Racist Vigilante Terror.”

About 2 dozen protesters are Federal Plaza in Chicago protesting the not guilty verdict for Kyle Rittenhouse. #Chicago #KyleRittenhouse pic.twitter.com/X9brA9auTF

The Chicago protesters blocked traffic on busy streets during rush hour to show their discontent with the trial’s outcome.

The group of protesters are marching north on Dearborn Street, staying in the bike lane. #Chicago #KyleRittenhouse pic.twitter.com/xVCQsA827d

Protesters reportedly looted a Neiman Marcus luxury store and multiple other stores as the protests were happening.

🚨#BREAKING: Reports of a group of looters hitting multiple stores and a Neiman Marcus luxury store in Chicago Illinois

Hundreds of Protestors have hit the streets of New York City and are marching, reports of protests and looting in the City of Chicago. pic.twitter.com/U6JHSX9hpH

One Twitter user shared a flyer for a protest in Minneapolis and told his followers to “let people go wild,” and “leave your phone at home.”

This is apparently going down in about half an hour at the 3rd precinct. Dress warm, go with a buddy, mask up for covid and opsec, let people go wild, leave your phone at home pic.twitter.com/dZjjMkM4N1

On the west coast, protesters gathered at a federal building in Oakland to protest the jury verdict. Signs in Oakland read, “Cops and fascists given license to kill in the USA.”

Over 100 people have marched to the Ron Dellums Federal Building in #oakland to protest the #Rittenhouse ruling. @KQEDnews pic.twitter.com/6GIBORnvo1

Rittenhouse was acquitted of all charges after facing trial for killing two men and injuring one in self-defense during the Kenosha riots of summer 2020.