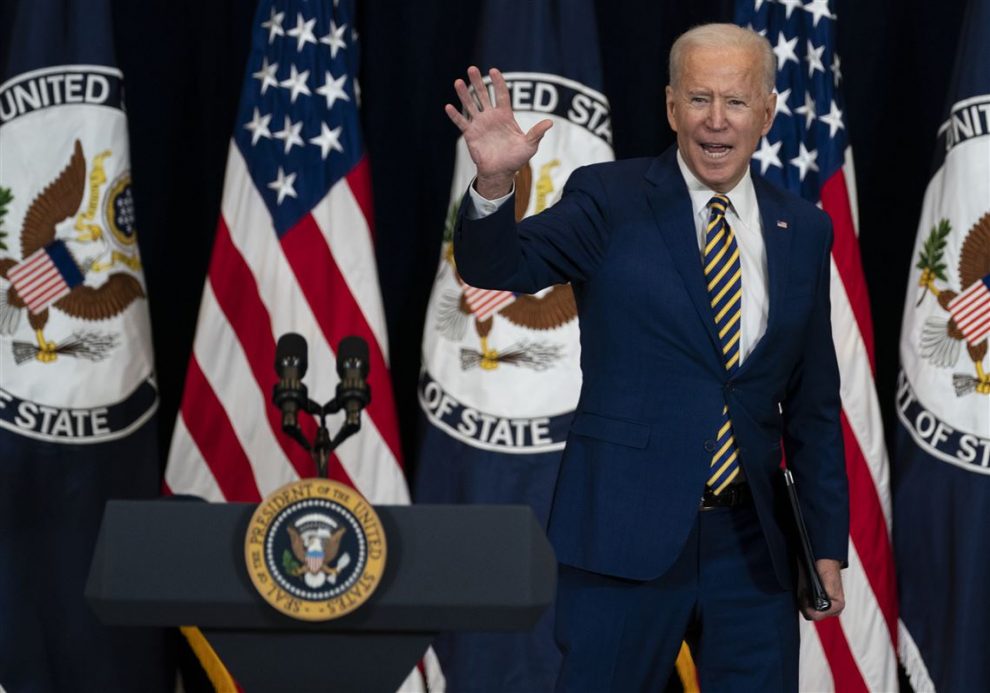 President Joe Biden’s speech at a drive-in rally on Wednesday was interrupted by a group of protesters shouting for the president to “end detention now.” The shouts from the protesters allude to ending detention centers and the Immigration and Customs Enforcement. As the chant began to grow louder, Biden said to them, “we’ll give ya a microphone,” according to a CBS Twitter post.

While Biden began to thank the voters of Georgia, more shouts started to pour in from the group of protesters. One shouted, “abolish ICE” another yelled out, “our families are dying.” Biden, taken aback, took a moment, then said, “I agree with you … I’m working on it, man. Give me another five days.”

Eventually, the protesters were escorted out, according to The Hill.

One week into his presidency, Biden signed an executive order calling for the Justice Department to end its dependence on private prisons. Progressives have been pressuring the president to end detention centers used to detain migrants who entered the country illegally.

Part of Biden’s speech included commenting on his proposals and alluded to paying for them with his tax hikes. “It’s time for the richest 1% of Americans, and corporate America, to start to do their part,” he said, according to CBS.

On Wednesday, American Civil Liberties Union National Political Director Ronald Newman wrote a letter to Department of Homeland Security Secretary Alejandro Mayorkas urging him to shut down 39 of 200 ICE detention facilities. “ICE is currently paying to maintain thousands of empty beds at enormous taxpayer expense — wasting hundreds of millions of dollars that would be better spent on alternatives to detention and other programmatic priorities,” Newman said, according to Newsweek.

“As a matter of good governance, and particularly in light of the historically low number of people in ICE detention, it is time for ICE to dramatically downscale its network,” he added.