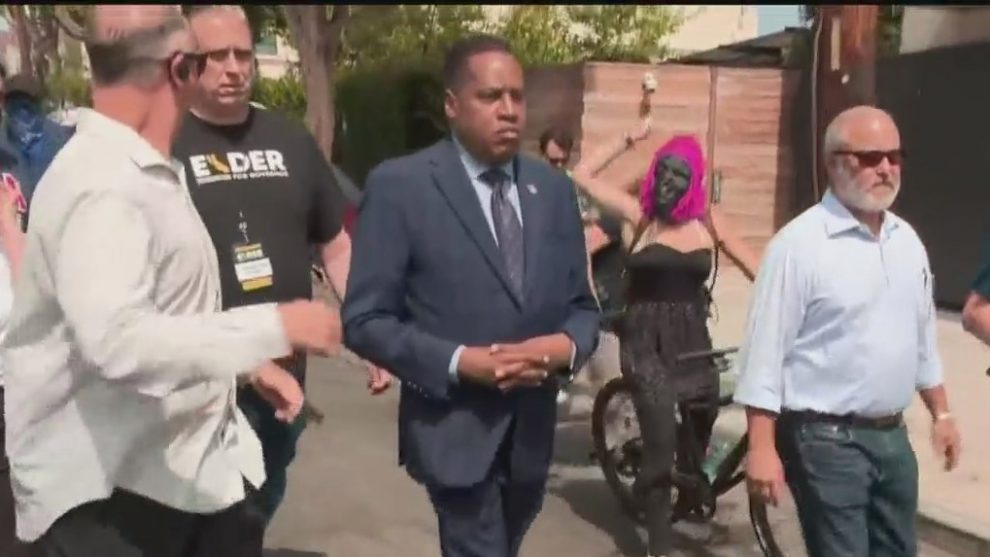 The California recall race heated up Wednesday when a protester wearing a gorilla mask threw an egg at Republican gubernatorial candidate Larry Elder in Venice.

The protester was then seen throwing punches at an aide who intervened.

The conservative talk show host arrived in Venice around 11:50 a.m. A crowd gathered as he walked along the street toward a scheduled tour of a homeless encampment on Third Avenue.

As he was walking, a woman on a bicycle was captured on video throwing an egg toward Elder, although it did not appear to hit anyone.

A man believed to be a member of Elder’s staff approached the masked woman, who screamed in response. At least one other spectator got in the man’s face and hurled expletives at him.

Elder was rushed into a nearby SUV and driven away from the scene.

Los Angeles Police Department Officer Tony Im said the department was looking into the incident, though no further details were released. 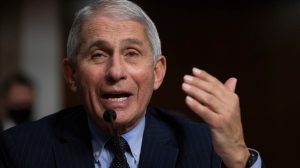 Rand Paul Calls For “Five Years In Jail” For Fauci Lying To Congress
Yellen: US On Track To Default On National Debt In October