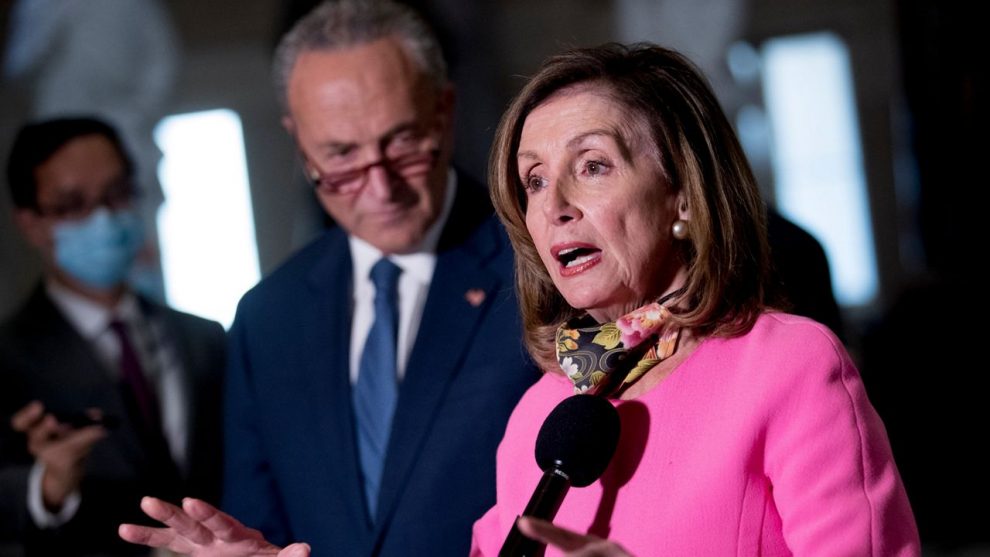 Progressives are infuriated that President Joe Biden did not use his bully pulpit to try and pass a voting rights bill expected to die in the Senate on Tuesday, Politico reported.

Republicans easily will filibuster the “For the People Act,” killing the sweeping elections proposal, Politico said.

Political activist Ezra Levin, co-founder of the progressive nonprofit group Indivisible, took to Twitter on Monday afternoon to blast Biden for not doing more to try to pass the voting rights legislation.

“I have reached my WTF moment with Biden on this,” tweeted Levin, who later in the thread said:

“This is what legislatively successful presidents do! [Barack] Obama did a live debate with House GOP on the ACA. [Bill] Clinton gave 18 speeches on NAFTA and deputized [Al] Gore to debate Ross Perot on it. [Donald] Trump and GW Bush were all tax cuts all the time. Where is Biden on saving our democracy??”

More than 480 state legislators from all 50 states signed a letter Monday calling for the bill’s passage, Politico said. Progressives in Congress are warning that Democrats will suffer as a result of not passing the legislation.

“We are going to lose the opportunity to basically enact legislation for the people for a decade, or decades, to come,” Sen. Jeff Merkley, D-Ore., told thousands of activists on a Monday night Zoom call, according to Politico.

Schumer will condemn Republicans for refusing to allow a simple debate, and McConnell will call the bill a Democrat “power grab,” according to Politico. Of course, each leader has promoted the other’s stance with other issues.

The spotlight, however, will be Sen. Joe Manchin, D-W.Va., the lone Democrat holdout with the voting rights bill. Manchin also has said he will not vote to kill the filibuster.

Manchin has insisted on nationwide voting ID requirements, and he also wants provisions on Washington D.C. statehood, and public financing of elections removed.

Progressives have slammed rules such as voter ID as being discriminatory. However, a Monmouth poll released Monday found 62% of Democrats, 87% of independents, and 91% of Republicans support rules requiring voters to show a photo ID in order to vote.

Still, the GOP’s right to filibuster guarantees the voting rights bill will fail. Despite that, Democrats are working hard for Manchin’s vote to present a unified front heading into the 2022 midterms.

“If Democrats are unified, the party can paint a more vivid contrast with Republicans on elections,” Politico said. “A ‘no’ from Manchin would complicate that messaging.”

Also, lawmakers seeking to kill the filibuster believe votes such as Tuesday’s are critical for gaining support because opponents can see the action firsthand. Kyrsten Sinema, D-Ariz., also has said she doesn’t want to get rid of the ability to block legislation.

On Monday, The Washington Post published an opinion piece by Sinema, The headline was: “We have more to lose than gain by ending the filibuster.