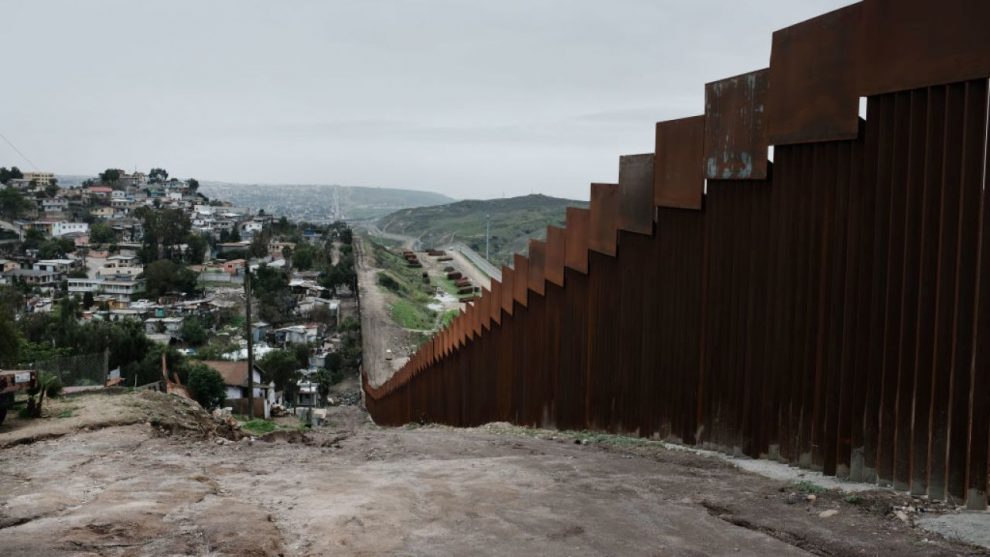 A privately funded organization called “We Build the Wall” began work this weekend on a project to erect a section of border wall in the El Paso sector.

Former Kansas Secretary of State, Kris Kobach, said on “Fox & Friends” Monday that the project was undertaken because there is a “ridiculously large gap” near Mount Cristo Rey, and drug and human smugglers have been taking advantage of it.

The barrier will be built on private land. Authorities in the El Paso Sector – which provides support for the counties of El Paso and Hudspeth in the state of Texas and the entire state of New Mexico – apprehend 930 people per day, according to U.S. Customs and Border Protection.

“This is the first time any private organization has built border wall on private land,” Kobach told Pete Hegseth, adding that the Army Corps of Engineers had said previously that the strip of land was too rugged for fencing.

Koback said the project was funded through private donations to the organization.

“We’ll keep on building as long as people keep chipping in. The average contribution has been only $67 but so many people have chipped in,” he said.

Kobach said plans are in the works to start a second project.

It came on the heels of a federal judge blocking President Trump from building key sections of his border wall with money secured under his declaration of a national emergency, delivering what may prove a temporary setback on one of his highest priorities.

On Saturday, Trump pledged to file an expedited appeal of the ruling.

Trump, who is visiting Japan, tweeted: “Another activist Obama appointed judge has just ruled against us on a section of the Southern Wall that is already under construction. This is a ruling against Border Security and in favor of crime, drugs and human trafficking. We are asking for an expedited appeal!”

While Judge Gilliam’s order applied only to those first-in-line projects, he said challengers were likely to prevail at trial on their argument that the president was wrongly ignoring Congress’ wishes by diverting Defense Department money.