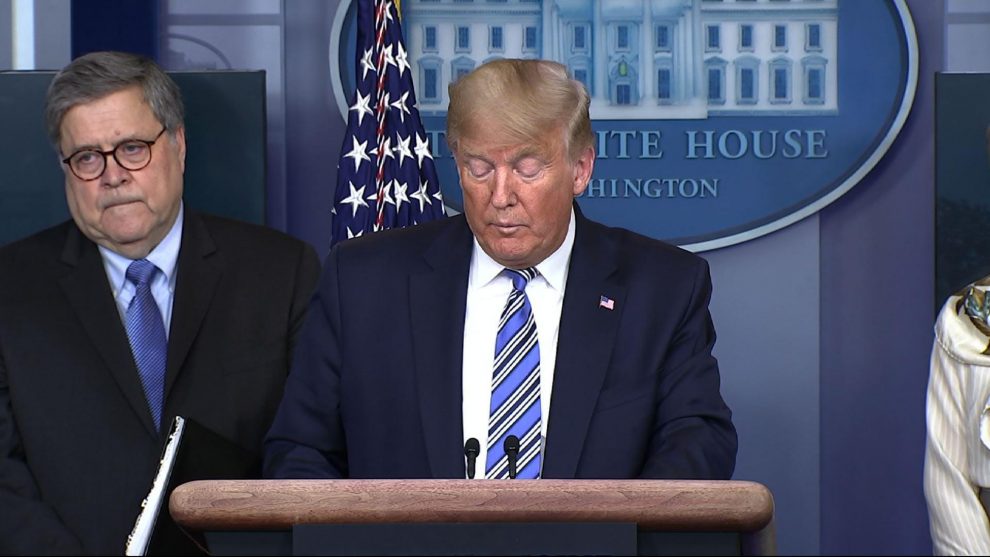 President Donald Trump and Congress reached a deal on the terms for a $2 trillion emergency relief bill to address the economic impact of the ongoing coronavirus outbreak, early in the morning on Wednesday.

Lawmakers and the Trump administration reached an agreement on a nearly $2 trillion coronavirus emergency rescue package, a move intended to assist businesses and millions of Americans amid an unprecedented halt in the economy.

The announcement caps five days of tense negotiations between senators and the White House. Both the Senate and House still need to approve the bill before sending it to President Donald Trump for his signature.

The president had sounded an optimistic tone in his briefing for reporters at the White House on Tuesday evening, though Republicans had been scathing in their criticism of Democrats for blocking Senate passage of a relief bill that had been agreed to by the two parties on Sunday.

Speaker of the House Nancy Pelosi (D-CA) had introduced her own version of a relief bill on Monday afternoon, loaded with pork for Democrat special interests and with demands to restructure the voting system to suit her party’s preferences.

Senate Minority Leader Chuck Schumer (D-NY) described the terms of the new deal as including “unemployment compensation on steroids” that would reimburse laid-off workers for their lost salaries, and guarantee furloughed workers their full benefits so that businesses could re-open when the coronavirus crisis was over.

There were also provisions for supporting small business, and for a special inspector general to oversee the administration of funds.

A vote must be taken in both houses before the president can sign the legislation. The Senate will reconvene at 12:00 p.m. on Wednesday.

The Dow Jones Industrial Average rose more than 2,000 points on Tuesday — its largest gain in percentage terms since 1933 — on expectations of a deal, and after statements by the president that the economy might slowly re-open by Easter.