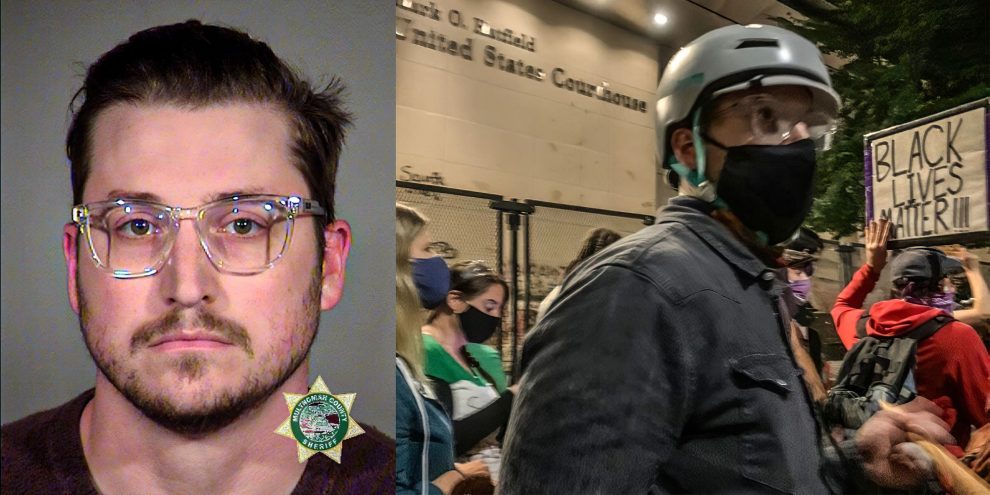 A federal grand jury has indicted a former Portland paralegal for felony civil disorder after he allegedly assaulted a cop during a Black Lives Matter-Antifa riot.

31-year-old Phillip John Wenzel, of Beaverton, Ore., was charged with one count of civil disorder, US Attorney for the District of Oregon, Billy J. Williams, announced Monday. Wenzel was arrested by the US Marshals Service on Sunday. The affidavit of his case is sealed but the indictment says Wenzel “knowingly committed a violent act for the intended purpose of obstructing, impeding and interfering with a law enforcement officer” engaging in lawful performance of their duties.

Videos recorded of Wenzel at the riot on Aug. 14 shed some light on his actions. That night, rioters shut down streets in a residential area of north Portland. They ignited fires and caused several vehicles to swerve and a car to crash. Responding officers were blinded with lasers from rioters, and attacked with palm-sized chunks of concrete, paint bombs and ball bearings launched from slingshots.

Wenzel was filmed attempting to steal a baton from a Portland Police Bureau officer while a half-dozen cops tried arresting him. He was eventually tackled to the ground. He sported a bulletproof vest and a gas mask. His wife, Erin Wenzel, was also at the riot as a volunteer “street medic.” Fellow Antifa comrades were filmed gathering his personal information to bail him out. “What’s your name? We’ll help you,” an ally shouted.

Rioters have turned parts of north Portland into a war zone. Here, it takes a group of officers to make an arrest of an antifa militant. The person tries to steal a baton from police. Meanwhile, antifa legal observers get his info so they can bail him out. pic.twitter.com/GaxrFBV5ta

At the August riot, Wenzel was charged by Portland Police with felony assault of a police officer, resisting arrest, interfering with a peace officer and disorderly conduct. He was quickly released without bail. His arraignment hearing for local charges is scheduled for Oct. 19.

Earlier this month, Wenzel expressed his disdain for The Post Millennial editor-at-large Andy Ngo’s work in a feature article published by progressive Portland newspaper Willamette Week. The piece cited Wenzel and others who conflate Ngo’s coverage of violent rioters with doxing.

Wenzel blamed his job loss as a paralegal at Elizabeth Christy Law Firm on Ngo’s reporting, though the firm’s managing attorney told Willamette Week his layoff had nothing to do with protest activities.

“We’ve been lying low, and to be honest, we’ve been staying at home with the blinds closed,” Wenzel told the paper. He said he feared for his safety after his booking photo and charges were published, leading him to change his appearance when he goes outside.

Before Wenzel deactivated his social media, he had numerous posts advocating for the abolishment of law enforcement and photos documenting his violent clashes with police. Portland is now at over 110 days of violent protests and riots organized by Antifa and Black Lives Matter activists. 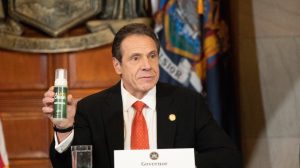 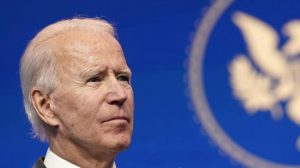