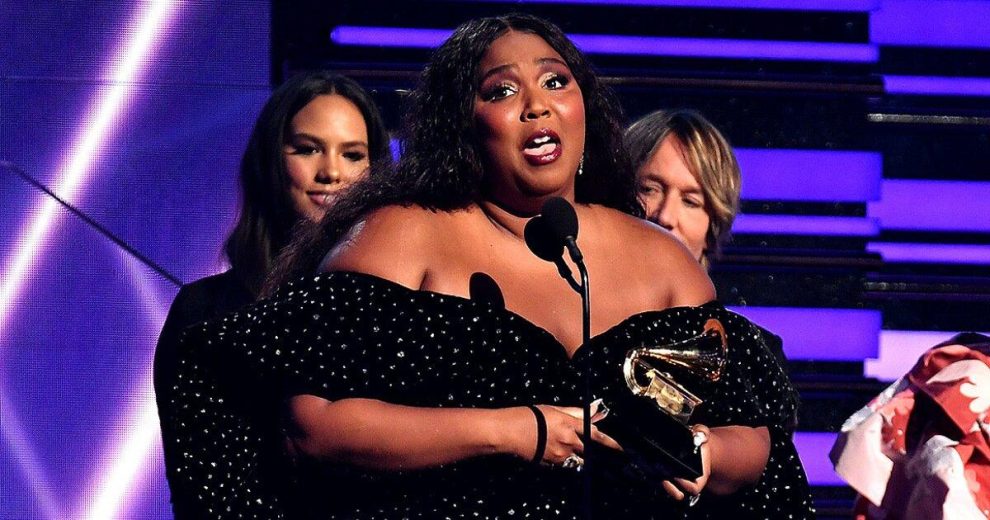 Grammy-winning pop star and Joe Biden-Kamala Harris surrogate Lizzo, who last year bragged about how her bank account is “so fat,” used her MTV Award speech on Sunday to claim she’s oppressed, and begged her fans to “vote to change some of these laws that are oppressing us.”

Lizzo while accepting the Video for Good award at the #VMAs:

Last year, the “oppressed” pop singer, who has an estimated net worth of $12 million, bragged about her bank account being “so fat” and how she lathers herself in the “expensive oils and creams,” after being asked how she deals “with being obese every day.”

“I wake up into my obese bed. I have to get, like, a king bed because I’m so obese,” Lizzo explained in an Instagram video, while pretending to hold back tears. “And I put on my obese Louis Vuitton house slippers, and I walk into my massive, obese bathroom, and I just stare into my wall-to-wall, obese mirror, and I just lather myself in the most obese, expensive oils and creams.”

“And, oh God, I walk into my obese, gorgeous, mid-century modern kitchen, and by the time I’ve made it into my kitchen, I’ve already made another obese million dollars,” the singer continued.

In April, the singer, who is also a climate change hardliner, posed in a tiny thong — which put her entire behind on display — while boarding another private jet.

But a year prior, Lizzo had performed at Global Citizen Live, a music event with a goal to rise awareness on climate change, among other issues. The “Heaven Help Me” singer has also complained about climate change on her social media.

In 2020, Lizzo dressed as a fly in then-Vice President Mike Pence’s hair for Halloween, clad in a pair of black wings and bug eyes.