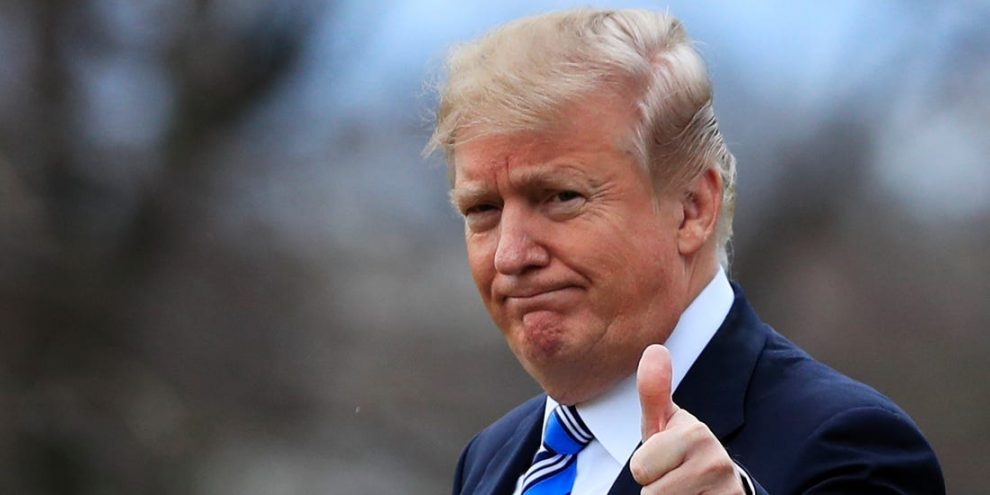 Suburban women overwhelmingly support President Donald Trump’s policy of freezing the inflow of foreign workers until they, their husbands, and their children regain the jobs lost to the coronavirus crash, according to a poll of 1,810 likely voters by Rasmussen Reports.

Just 12 percent of swing-voting “moderate” suburban women, and just 19 percent of all likely voters, agreed with business groups and Democrats that the government should “allow employers to import foreign workers to fill job openings instead of recruiting among these unemployed Americans.”

But Trump’s June 22 policy is getting overwhelming support — even among groups who are not part of the GOP coalition.

Rasmussen’s June 28 to July 6 poll is important because Trump is considering whether he can boost his sagging polls by expanding the popular “Hire American” policy before the election.

The policy is opposed by business donors and by some White House aides — and by 17 percent of suburban liberal women.

Rasmussen asked: “Minorities and women have been hit particularly hard by job losses as a result of the pandemic. Should the government allow employers to import foreign workers to fill job openings instead of recruiting among these unemployed Americans?”

Among conservatives, 67 percent said no, as did 67 percent of moderates.

The results were similar when liberals and progressives were indirectly asked if they want to back Trump’s June 22 Executive Order.

Rasmussen asked: “An Executive Order has paused the admission of hundreds of thousands of foreign workers until the end of 2020. Should that pause be extended until unemployment rates are back down to the level they were before the pandemic?

Trump’s June 22 policy is so popular that it split the groups that oppose Trump.

For example, his policy was backed by a large plurality of self-described “moderate” suburban women, 47 percent to 35 percent.

But it was even backed by a narrow plurality, 39 percent to 37 percent, among liberal women who hate Trump.

The support is likely even greater because large minorities of these suburban groups refused to answer the question. For example, 19 percent of moderate women and 24 percent of liberal women refused to oppose Trump’s policy.

Overall, Trump’s Americans-first policy is backed by 51 percent of suburban white women — and by some of the 20 percent who said “not sure.”‘

His policy is also backed by 60 percent of non-white suburban women, plus some of the 13 percent who said, “not sure.”

Among blacks, Trump’s June 22 policy won by 54 percent support to 30 percent opposition, plus some of the 16 percent who said, “not sure.”

Among Hispanics, Trump’s June 22 policy scored 66 percent support, with 22 percent opposition, and 12 percent “not sure.”

Among all voters, his policy is backed by 55 percent and opposed by just 30 percent, while 15 percent dodge the question by responding “not sure.”

Rasmussen’s number should not be a surprise. Many polls — notably a Washington Post poll — show that voters strongly prefer policies that pressure companies to hire Americans, even as they also tell pollsters that they want to welcome migrants. In contrast, business groups fund polls that push people to agree with the Cold War claim that the United States is a “Nation of Immigrants” instead of a nation of Americans.

This apparent inconsistency is perfectly decent. Americans feel pressure to live up to the claim that the United States is a “Nation of Immigrants,” and they generally welcome migrants. Still, the polls that probe deeper show that Americans strongly favor politicians who help them and their communities get jobs.

Kellyanne Conway spotted that polling tension in 2014 — and it was the key to Trump’s victory in 2016.

Liberals have a snobbery problem.
51% told Rasmussen that too few Americans will work tough jobs, regardless of pay.
Just 20% of conservatives think many working-class Americans are lazy.
This snobbery is made possible & easier by mass migration. https://t.co/1uUBW7OgvT