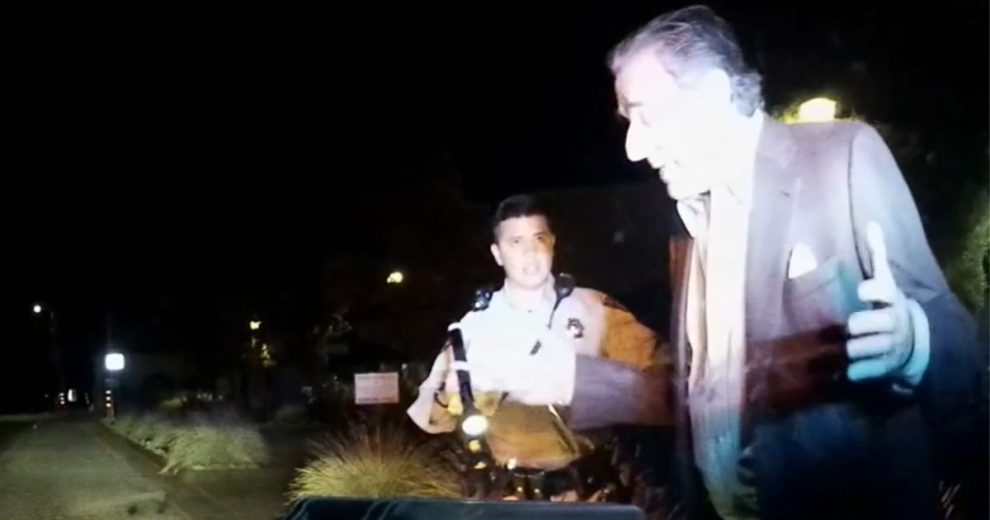 On the night of his drunken driving arrest, Paul Pelosi wanted to be certain police knew of his importance.

Fox News reported earlier this month that when asked for his license, Pelosi handed officers an “11-99 Foundation” card, according to documents. The 11-99 Foundation is a California Highway Patrol charity for officers and their children.

On Tuesday, as the husband of House Speaker Nancy Pelosi pleaded guilty to DUI for a May 28 crash, dashcam video from the scene was released showing that he told officers, “I am a high-profile person.”

Paul Pelosi was sentenced Tuesday to five days in jail and more than $6,000 in fines as well as a three-month course for the crash in which the Porsche he was driving collided with a Jeep.

As well as time in jail and the fine, he is also required to enroll in a three-month DUI class, according to KSEE-TV.

Prior to the release of the dashcam video, the only description of Pelosi’s behavior came from a police report of the incident, in which an officer wrote, “Both of his eyes were red/watery, his speech was slurred, he had a strong odor of an alcoholic beverage coming from his person, and he failed to provide logical answers to multiple questions I asked.”

On Tuesday, however, the dashcam video was released. Fox News posted highlights on Twitter:

‘I AM A HIGH-PROFILE PERSON’: Nancy Pelosi’s husband hands officers a police privilege card after crashing pricy Porsche, but cops could smell the booze – here’s what went down. https://t.co/UGKtogxTZ3 pic.twitter.com/SrzGC8BoCk

“I don’t want you to injure yourself,” the officer told the 82-year-old Pelosi as he seemed to struggle to stay upright.

“I wouldn’t want you to fall over and hurt yourself,” the officer added.

“I’m not going to fall over and hurt myself. What’s the balance test?” Pelosi replied.

As the speaker’s husband went back and forth over the test, he held onto the police vehicle.

“That defeats the whole purpose of the test, grabbing onto the patrol car,” the officer said.

The snippet ended with him telling officers, “I am a high-profile person.”

At one point in the video, according to Fox News, Pelosi said he had a glass of champagne and a glass of white wine earlier.

After he informed officers of his importance, one told him, “I understand who you are. And I’m not here to try to do anything to draw any negative attention to you.” But when discussing him between themselves, an officer said, “He’s constantly grabbing onto the patrol car just to keep his balance.”

During a discussion of the breath test, Pelosi was concerned about failing it.

“If I take the breath test and I fail, then what happens?”

“Then we proceed forward with the arrest,” the officer said.