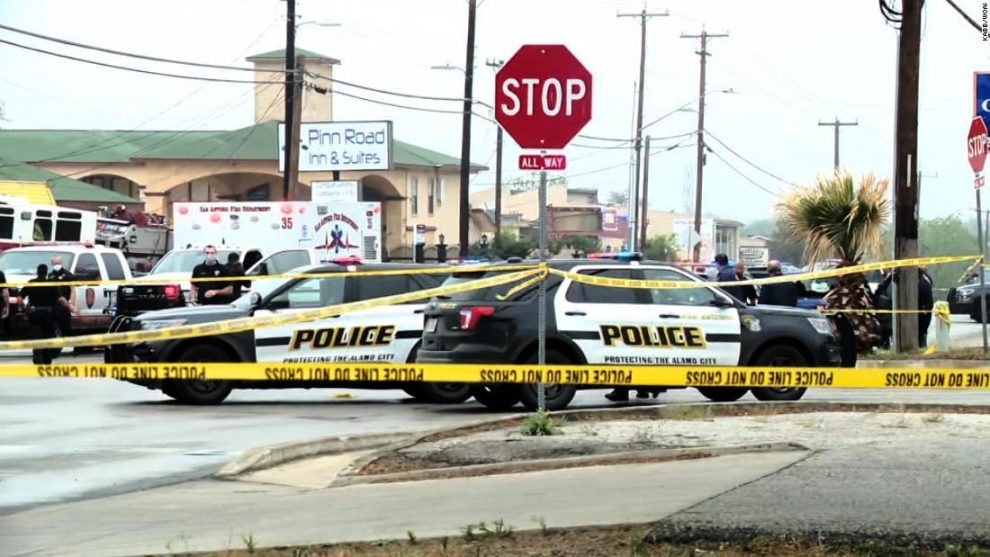 In the wake of yet another high-profile police shooting and the looming verdict in the Derek Chauvin trial on the horizon, the current cycle of hysterical political commentary from the left is yet again heavy on the rhetoric calling to “defund,” “reimagine” or flat-out “abolish” the police.

Yet, as is the case every other day of the year, armed members of law enforcement are still out there on the streets, putting their own lives on the line to keep members of the public safe. When they do their job poorly, the whole nation screeches to a halt to scrutinize the officer’s actions. When they do their job well and save potentially dozens of lives risking their own in the process?

Well, you can probably guess how that goes.

The San Antonio Police Department has confirmed that a parks officer prevented a mass shooting outside the San Antonio International Airport on Thursday, leaving the gunman dead and quickly eliminating any threat to the public, as CNN reported.

During a livestreamed news conference on Thursday afternoon, Chief William McManus explained officers had been responding to a call of a driver going the wrong way at the airport around 2:30 p.m, Fox News reported.

When the unidentified officer engaged with the driver in the middle of the road, the driver opened fire with a .45-caliber handgun.

This, McManus said, was the “start of an active shooter incident,” and the assailant fired a number of times at the officer and the terminal behind him.

The officer returned fire, striking the suspect, who was taken to the hospital and later pronounced dead. The police chief noted there were indications the gunman struggled with mental illness.

“The officer who stopped this individual saved a lot of lives,” McManus said.

“The shooter had a lot of ammunition and a big handgun that he was shooting indiscriminately. So my hat goes off to the officer who stopped him.”

The Daunte Wright shooting and the Chauvin trial have brought with them fresh cries for dismantling police, from the likes of the “squad” of progressive female lawmakers and old-guard progressives like California Rep. Maxine Waters.

Of course, the same people making such calls, or the softer call to “reimagine” the police, generally fall over themselves to tweet about gun control every time there is a mass shooting.

It has been almost a year since George Floyd’s death sparked a national movement that quickly normalized this radical, pie-in-the-sky idea of actually defunding or even entirely abolishing the police, and time has only proven that this idea is only fated to end poorly.

Well, let’s imagine if the San Antonio Police Department had been “reimagined” to the point that it wouldn’t have had the resources to respond to this call — what then?

When an armed member of law enforcement — the people the “abolish the police” crowd freely and shamelessly bash — stops a mass shooting almost before it begins, we hear crickets.

Let’s hope we don’t all get to watch them find out the hard way what such a world looks like.