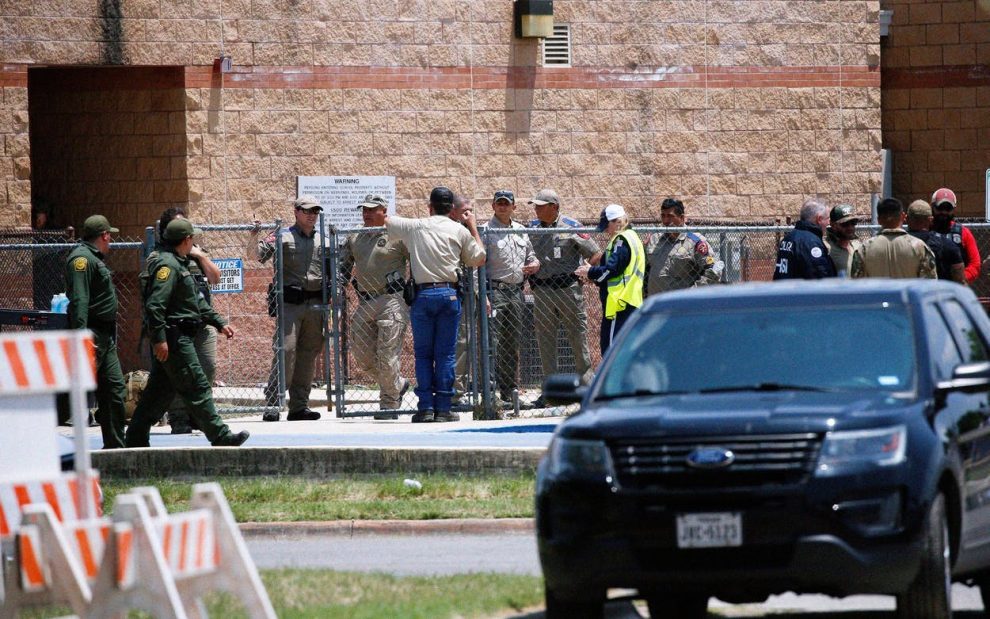 As we previously reported, as the story about the Uvalde shooting has evolved, we’ve learned that the police didn’t immediately rush in to try to save the kids in the school but indeed, set up a cordon outside the school, and kept parents back, as they worked out what to do with the shooter inside the school with the kids. Reportedly, the killer was inside for an hour before the police went in, as the parents were begging the police outside to do something.

We wrote about how there even appeared to be an effort to subdue the parents.

Now we have more information that shows how bad it got.

According to the Wall Street Journal, the shooter was shooting outside the school for 12 minutes before he went into the school. He also didn’t encounter a resource officer as had previously been reported.

The shooter began shooting at people after he crashed his grandmother’s truck near the school at 11:28 a.m. A 911 call came in at 11:30 reporting a shooter. Then he climbed over the fence to the elementary school, firing before he went inside at 11:40. Police arrived at 11:44. But the Border Patrol Tactical team didn’t go in until an hour later — around 12:40. Local officials said that police were on the scene very quickly after he got to the school, but they weren’t able to get into the classroom where he had barricaded himself.

In that intervening time, parents who were cordoned off and kept back were frantic at the police failing to go in. They pleaded with them to go in and said they would go in themselves. One of the parents, Angeli Rose Gomez, who had two kids in the school in the second and third grades, said that law enforcement officers handcuffed her for interfering in an investigation for urging the police to do something. “The police were doing nothing,” she said. “They were just standing outside the fence. They weren’t going in there or running anywhere.” She convinced local police to get the other law enforcement officers to free her. She said it was chaos all around her — that police had tackled one father and thrown him to the ground, while a third parent was pepper-sprayed.

That’s why you had this video, the desperation of the parents is stark and heartbreaking.

This video make so much more sense now. The cops literally stopped parents from helping their kids. pic.twitter.com/zhQfUjlpjd https://t.co/DqgZUH3uCC

Gomez, once released, jumped the fence, ran into the school, and got her kids out. Gomez also said she saw a police officer use a taser on a father who tried to get his child from a bus after the shooter had been killed. “They didn’t do that to the shooter, but they did that to us. That’s how it felt,” Gomez explained.

A Texas DPS officer, Juan Maldonado, said that he and the husband of one of the teachers who was slain broke their way in to get kids out, showing the cuts on his forearms from breaking out windows in the effort.

There was also this video where a Texas DPS lieutenant at about 1:19 appears to say that police went in and got their kids out. It’s not clear who those officers were or if they were able to get out any other kids.

Here’s a Texas DPS Lieutenant telling a local station that some officers breached the school to get their own children BEFORE the shooter was taken down. pic.twitter.com/BrvS4sCqp6

“Right. So what we do know, Vanessa, right now, that there was some police officers, families trying to get their children out of school because it was a active shooter situation right now.”

Many interpreted that as meaning that the police officers only got their own kids out. That, while the other parents were pleading for help for their kids while getting tackled and pepper-sprayed, is causing more questions about the response. How do you go in and get your own kids and then not do everything you can to get other kids out? This needs to be answered as to what was going on here.