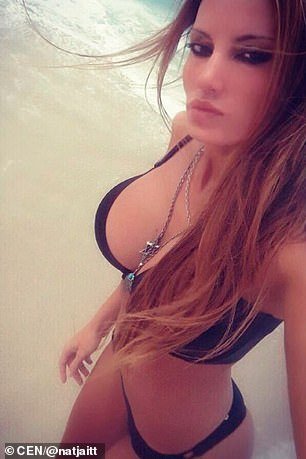 A Playboy model who claimed she had evidence of a VIP paedophile ring has been found dead after a house party in Argentina.

The 41-year-old was found naked in bed with cocaine residue in her nose at a private party house in the province of Buenos, north of Buenos Aires City, according to police.

She had been at the party last Friday with a friend and was found dead the next morning, police said.

Local media claimed there were unconfirmed reports Ms Jaitt had taken cocaine, LSD and drank Champagne, according to the Buenos Aires Times.

Autopsy results showed the Argentinian actress suffered multiple organ failure with no signs of violence on her body.

Cocaine residue was found in her nose, local media reported.

Her death is thought to have been caused by a stroke produced by alcohol and cocaine ingestion.

See also  Joe Biden Finally Invokes Defense Production Act on Baby Formula After Months of Failure
→ What are your thoughts? ←
Scroll down to leave a comment: