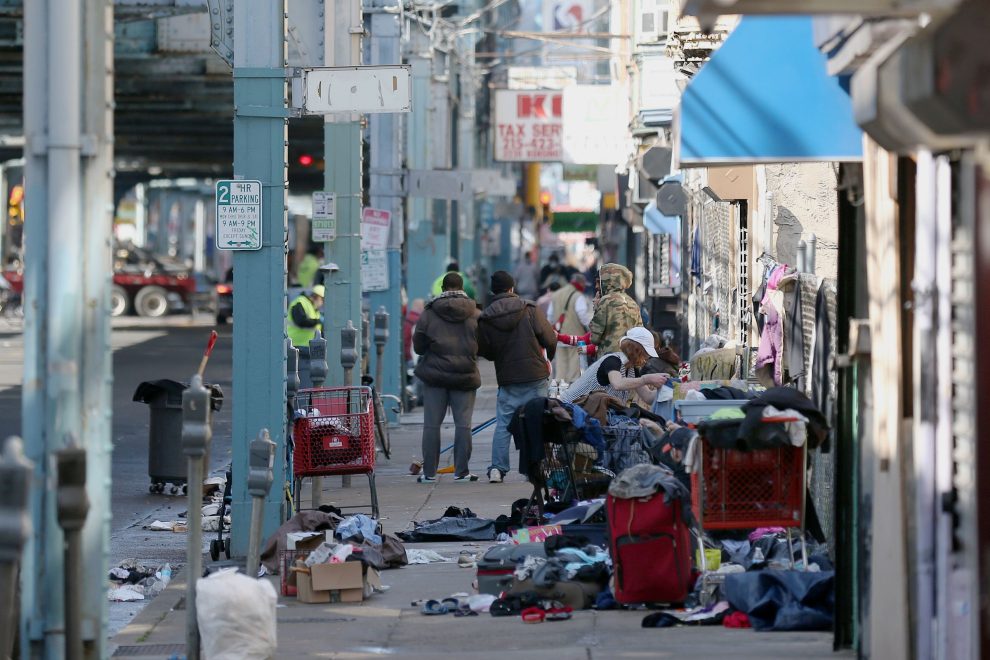 I’d hoped we’d gotten rid of soft-on-crime Philadelphia District Attorney Larry Krasner back in November 2022 when he was impeached by the Pennsylvania State Senate. After the vote, I figured, sayonara, goodbye, don’t let the door hit you on the way out. But he’s still there, and he’s not the only problem facing Philly—an animal tranquilizer craze has hit the druggies on the streets of the City of Brotherly Love, and addicts are literally walking around in a zombie-like haze with gaping wounds and vacant though still disturbed eyes.

Krasner is still in office because although he was impeached, he still faces an impeachment trial, and the state’s Commonwealth Court recently stepped in to rule that the charges of “misbehavior in office” were insufficiently proven. Thanks, Commonwealth Court—now the trial is delayed indefinitely and the city can continue to descend into criminal chaos. Good work.

While record overdose rates and the fentanyl crisis have gripped the country, a new Philly Special has taken over the neighborhood of Kensington, PA. It’s a horse tranquilizer called xylazine, it’s now showing up in over 90 percent of the ubiquitous heroin supply in the area, and it’s creating nightmarish scenes captured by Daily Mail. Let me give you a warning, they’re disturbing:

I feel like we keep reaching new heights of depravity in this country as the homeless population has exploded and the drug epidemic keeps finding new and ever more insidious ways to infect users, but this… this is yet another new low. Horse tranquilizer?

Xylazine is absolutely nasty, causing gaping wounds and overdoses that can’t even be stopped by Narcan:

Xylazine is a med used to sedate animals. It’s toxic to humans. If you survive, you’ll develop severe ulcerated wounds on your arms/legs resulting in amputation of your limbs or death. Narcan will not help. Drug dealers are adding Xyla to fentanyl, meth, cocaine #securetheborder pic.twitter.com/qJTHail1l9

Addicts are shooting up in broad daylight, hunched over in a stupor or passed out on the streets. Many have raw, gaping wounds in desperate need of medical attention. And there are needles, syringes and garbage littered across the sidewalks.

How could this apocalyptic scene be playing out in a major American city, you might ask? The city that Benjamin Franklin and the founding fathers of the United States made famous?

The answer is not actually that complicated: it’s George Soros-backed, soft-on-crime district attorneys like LA’s George Gascon, Chicago’s Kim Foxx, Manhattan’s Alvin Bragg, and others, who have consistently refused to prosecute criminals and continually let violent offenders back on the streets. Krasner, who calls it “racist messaging” to question his tactics, has seen the city’s crime statistics explode:

– Overall shootings have increased by 3%, according to city stats.
– Overall violent crime is up 7% from the same time last year.
– Robberies in which perpetrators used guns are up 60%
– Property crimes are up more than 30%, with businesses getting hit hard as commercial burglaries have risen a staggering 50%.

Watch this video as some incredibly courageous dude who goes by the moniker Tommy G gets some local guides to take him down the mean streets of Kensington. It’s harrowing (and I applaud his bravery):

Philadelphia is far from the only U.S. city to experience issues like this. I’ve written about my town of Los Angeles, but Seattle, San Francisco, Chicago, and other cities are other poster children for violence, drug addiction, and homelessness. While our government gives billions for “green energy,” focuses on wokeness obsessively, and gives billions to Ukraine, they seem to have no interest in our own cities as they descend into cesspools of despair and death.

It’s hardly surprising, then, that we roll our eyes when they tell us our gas-powered lawnmowers or someone’s pronouns are the biggest problems facing society today.