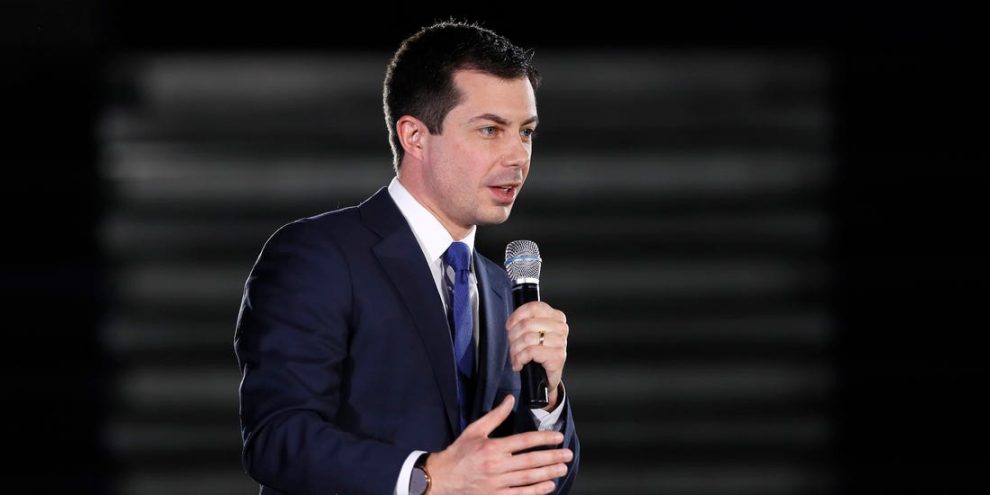 The father of Democratic presidential hopeful Pete Buttigieg was a Marxist professor who spoke fondly of the Communist Manifesto and dedicated a significant portion of his academic career to the work of Italian Communist Party founder Antonio Gramsci, an associate of Vladimir Lenin.

Joseph Buttigieg, who died in January at the age of 71, immigrated to the U.S. in the 1970s from Malta and in 1980 joined the University of Notre Dame faculty, where he taught modern European literature and literary theory. He supported an updated version of Marxism that jettisoned some of Marx and Engel’s more doctrinaire theories, though he was undoubtedly Marxist.

He was an adviser to Rethinking Marxism, an academic journal that published articles “that seek to discuss, elaborate, and/or extend Marxian theory,” and a member of the editorial collective of Boundary 2, a journal of postmodern theory, literature, and culture. He spoke at many Rethinking Marxism conferences and other gatherings of prominent Marxists.

In a 2000 paper for Rethinking Marxism critical of the approach of Human Rights Watch, Buttigieg, along with two other authors, refers to “the Marxist project to which we subscribe.”

Couple Ran Teen Boys off Road for Trump Flags Bernie Sanders Goes to War Against Pro-Israel AIPAC, Accuses It of ‘Bigotry’ Ocasio-Cortez Guests on RuPaul Show: ‘I Pledge Allegiance to the Drag’

In 1998, he wrote in an article for the Chronicle of Higher Education about an event in New York City celebrating the 150th anniversary of the Manifesto. He also participated in the event.

“If The Communist Manifesto was meant to liberate the proletariat, the Manifesto itself in recent years needed liberating from Marxism’s narrow post-Cold War orthodoxies and exclusive cadres. It has been freed,” he wrote.

“After a musical interlude, seven people read different portions of the Manifesto. Listening to it read, one could not help but be struck by the poignancy of its prose,” he wrote. The readers “had implicitly warned even us faithful to guard against conferring upon it the status of Scripture, a repository of doctrinal verities.”

“Equity, environmental consciousness, and racial justice are surely some of the ingredients of a healthy Marxism. Indeed, Marxism’s greatest appeal — undiminished by the collapse of Communist edifices — is the imbalances produced by other sociopolitical governing structures,” Buttigieg wrote.

Paul Kengor, a professor at Grove City College and an expert in communism and progressivism, said Buttigieg was among a group of leftist professors who focused on injecting Marxism into the wider culture.

“They’re part of a wider international community of Marxist theorists and academicians with a particular devotion to the writings of the late Italian Marxist theorist Antonio Gramsci, who died over 80 years ago. Gramsci was all about applying Marxist theory to culture and cultural institutions — what is often referred to as a ‘long march through the institutions,’ such as film, media, and especially education,” Kengor told the Washington Examiner.

Pete Buttigieg, an only child, shared a close relationship with his father. In his memoir Shortest Way Home, Pete called his dad a “man of the left, no easy thing on a campus like Notre Dame’s in the 1980s.”

He wrote that while he did not understand his parents’ political discussions as a young child, “the more I heard these aging professors talk, the more I wanted to learn how to decrypt their sentences, and to grasp the political backstory of the grave concerns that commanded their attention and aroused such fist-pounding dinner debate.”

Pete wrote that his dad was supportive when he came out as gay. He and his husband bought a house in South Bend around the corner from his parents, which gave the couple “a good support network despite our work and travel schedules” when they decided to get a dog.

The elder Buttigieg was best known as one of the world’s leading scholars of Gramsci.

Gramsci thought cultural change was critical to dismantling capitalism. Nevertheless, although critical of certain aspects of Bolshevism, Gramsci endorsed Vladimir Lenin’s “maximalist” politics and identified within the Leninist faction of the Italian communists. He went to Moscow in 1922 as the official representative of the Italian Communist Party and returned home to lead the resistance against Italy’s Prime Minister Benito Mussolini, on the orders of Lenin, while his new wife and children stayed in the USSR.

Those efforts landed Gramsci in an Italian prison, where he lived much of his brief life, which ended in 1937 at the age of 46. Yet his time behind bars was also some of his most prolific, leading to a collection of essays called the Prison Notebooks. Buttigieg completed the authoritative English translation of Gramsci’s Prison Notebooks, and his articles on Gramsci have been translated into five languages.

Buttigieg was a founding member and president of the International Gramsci Society, an organization that aims to “facilitate communication and the exchange of information among the very large number of individuals from all over the world who are interested in Antonio Gramsci’s life and work and in the presence of his thought in contemporary culture.”

Lis Smith, communications adviser for Buttigieg’s presidential exploratory committee, declined to comment on how his father influenced his political beliefs or on Pete Buttigieg’s thoughts on Marxist thinkers such as Gramsci.

Pete Buttigieg said in an MSNBC interview on March 20 that he considers himself a capitalist but that the system needs changes.

“The biggest problem with capitalism right now is the way it’s become intertwined with power and is eroding our democracy,” Buttigieg said, noting the influence of big businesses in government.

A self-described progressive, Buttigieg has called to abolish the Electoral College system, supports a pathway to citizenship for illegal immigrants in the Deferred Action for Childhood Arrivals program, and thinks that climate change is a national security threat.

In another MSNBC interview in February, Buttigieg said that socialism “is a word in American politics that has basically lost all meaning” and “has been used as a kill switch to stop an idea from being talked about.”

After his son won his mayoral election in 2011, Joseph Buttigieg told the Notre Dame student newspaper that he never expected him to run for office.

“I know Peter has been interested in politics for a long time,” Buttigieg said. “At home we always discussed government affairs, but never in that way … I’m very pleased because he’s doing something he genuinely likes.” 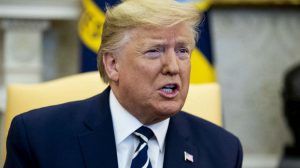 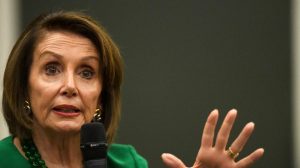 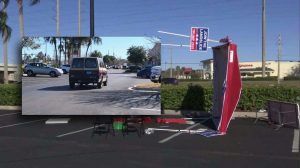