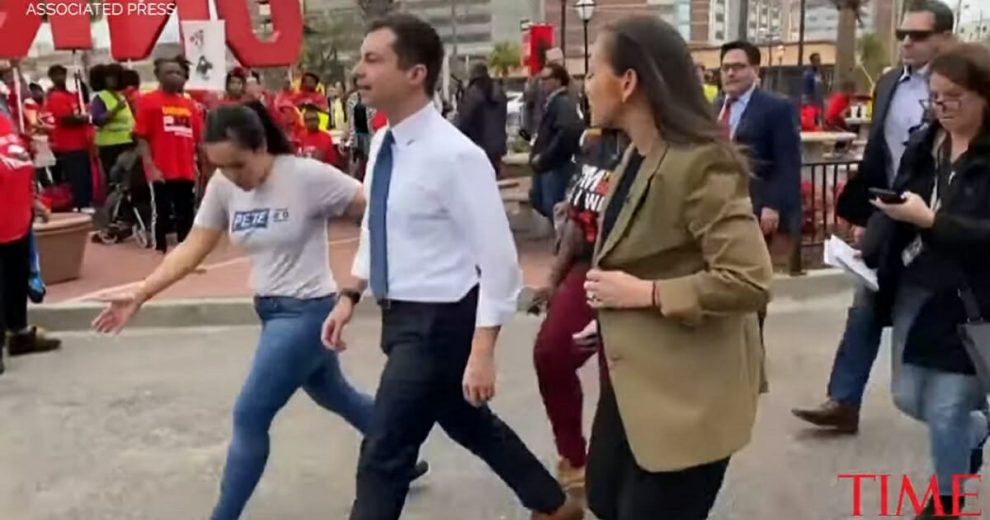 Democratic presidential contender Pete Buttigieg, the youthful former mayor of South Bend, Indiana, got a rude awakening Tuesday during a campaign stop at a union event in Charleston, South Carolina.

It didn’t go as planned – unless Buttigieg planned on being taunted by protesters, then basically chased to his waiting vehicle while trying to conduct a harried television interview.

As WCBD reported, Buttigieg joined a group of McDonald’s protesters demonstrating for a $15 an hour minimum wage – more than twice the current federal minimum wage of $7.25 an hour.

Showing off his regular-guy side, Buttigieg wore no jacket and had his sleeves partially rolled up for the occasion, pledging his support for a higher minimum wage.

He got a fair reception at first from the crowd — which had a marching chant of “We work! We sweat! Put 15 in our check” — but things soon went south, as U.S. News and World Report noted.

“He can’t be our president! Where was 15 in South Bend?” some protesters chanted.

(Considering the 38-year-old Buttigieg thinks his scant – so far – career of a military service and the mayoralty of Indiana’s fourth-largest city qualifies him to be the commander in chief of the world’s greatest military while presiding over a nation of more than 300 million souls, Buttigieg probably thinks he understands everything, including the problems of the poor.)

And the reception on social media was the kind that must make campaign managers want to stay in bed with their blankets over their heads.

“Pete can’t be our President, where was $15 in South Bend?” The protesters continued until Buttigieg cut his remarks short after just five minutes and started to leave.https://t.co/tx1OHwyAlB

They ain’t having Pete. He runs to his car, shielded by women. The chant: Pete can’t be our President, where was 15 in South Bend? https://t.co/qacRzXkHLU

It was a photo op for Buttigieg. He didn’t even mention worker’s rights or $15 when spoke, he did his campaign spiel. 😆

Hear them ask him?

But many of the responses bashed the protesters, too.

Open the borders and flood the US with workers and watch what happens with supply and demand in minimum wage jobs, lots and lots of supply, will keep wages low. – But reality has no place in politics.

What union is that? All you can eat union?

Basically, it was a clash of naiveté – or opportunism.

The phrase “Fight for 15” might sound good on a Democratic Party to-do list, but the experience where it’s tried shows just how job-killing it is.

Buttigieg might know that, but it’s not stopping him from attempting to pander to the union vote – an all-important voting bloc in a Democratic primary.

The protesters might or might not know it, but if they do, they just think they’re going to be one of the lucky ones who gets the higher-paying job.

But above all, it was a public relations disaster for Buttigieg’s already presumptuous presidential campaign, which at 9.8 percent isn’t even in the double digits in voter support among South Carolina voters, according to RealClearPolitics.

(Former Vice President Joe Biden is in first place in what amounts to a do-or-die contest for him with 26.8 percent support. Vermont’s socialist Sen. Bernie Sanders is in second with 21.7 percent and climate activist/billionaire Tom Steyer is in third with 14.7 percent.)

Major mainstream media are likely to bury the story – if it had happened to a Republican it would be leading every nightly newscast – but video and audio of a boy prince who wants to be king being hounded out of an event by a group that’s among his party’s biggest supporters is not the look Buttigieg wanted in South Carolina.

Boy met world on Monday – and the world wasn’t a welcoming place. 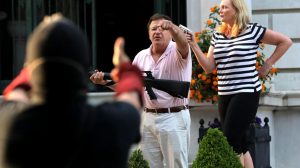 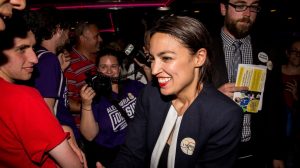 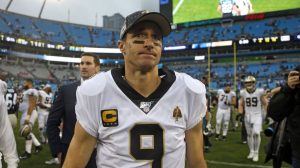 Project Veritas: ABC News’ David Wright Identifies as ‘a Socialist’
Alexandria Ocasio-Cortez: Trump ‘Is Scared’ to Attack Me in Person