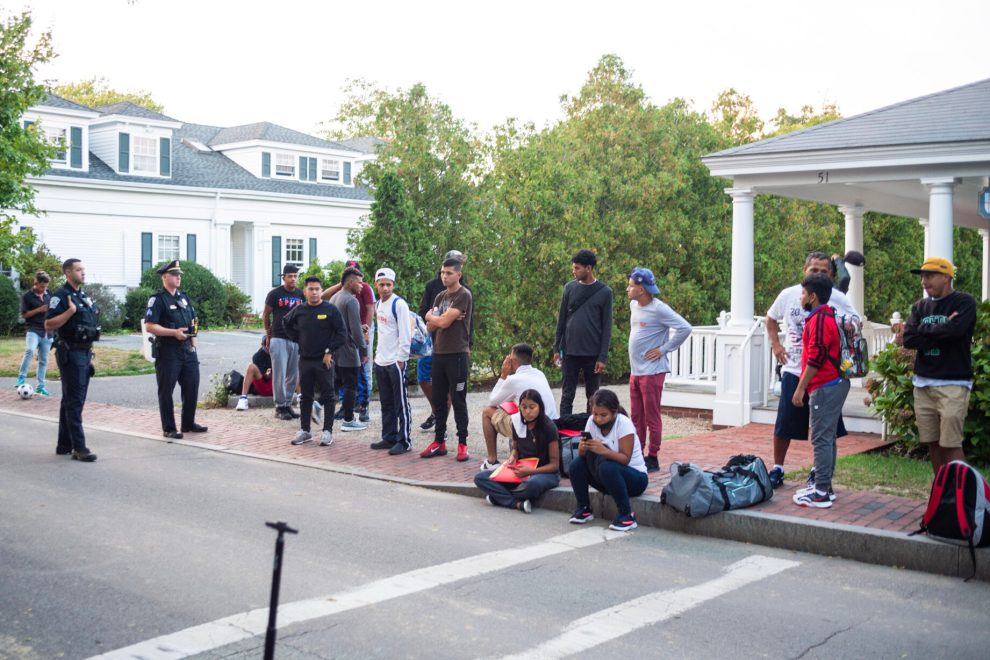 Martha’s Vineyard residents congratulated themselves on their behavior after the arrival of 50 Illegal immigrants sent by Governor Ron DeSantis (R-FL).

The immigrants arrived on September 14; by September 16 they had already been bused to Joint Base Cape Cod.

Rachel Self, an immigration attorney who insisted the immigrants had been “kidnapped,” declared, “We’ve got their backs and they are not alone.”

A local volunteer said of the community, “The year round community is very strong because you are kind of isolated here — whether it’s the ferry or the bad weather, you’re stuck here,” CNN reported.

“We’re used to helping each other. We’re used to dealing with people in need and we’re super happy — like they enriched us, we’re happy to help them on their journey,” he added.

After the immigrants were removed from the island, social media castigated the residents for what they saw as hypocrisy.

“I thought Martha’s Vineyard was a ‘sanctuary city’?” Sen. Ted Cruz (R-TX) mocked. “I thought they declared themselves a ‘haven’ for illegal immigrants?? Just 50 arrive, and the socialist billionaires send them away—to a military base, no less—in JUST 24 hours.”

“Unfreakingbelievable,” attorney A.J. Delgado tweeted. “Are all the virtue-signaling posts, about how ‘we took them in, we stepped up and came together to help!’ going to be removed now?”

“The wealthy elites on the Vineyard couldn’t stand to have the undesirables there for more than 2 days, so they shipped them off to a military base,” former Trump official Monica Crowley wrote on Twitter. “Someone else’s problem now. Back to the Chardonnay!”

Noting reports that White House officials and members of President Biden’s Cabinet were gathering after DeSantis moved the immigrants to Martha’s Vineyard, DeSantis responded, “I also was a little bit perplexed when I heard that the president is scrambling to get his Cabinet together to try to address the fact that you have governors who are helping to relocate illegal aliens to sanctuary cities. Now, he didn’t scramble to get his Cabinet together when we had millions of people illegally pouring across the southern border.”