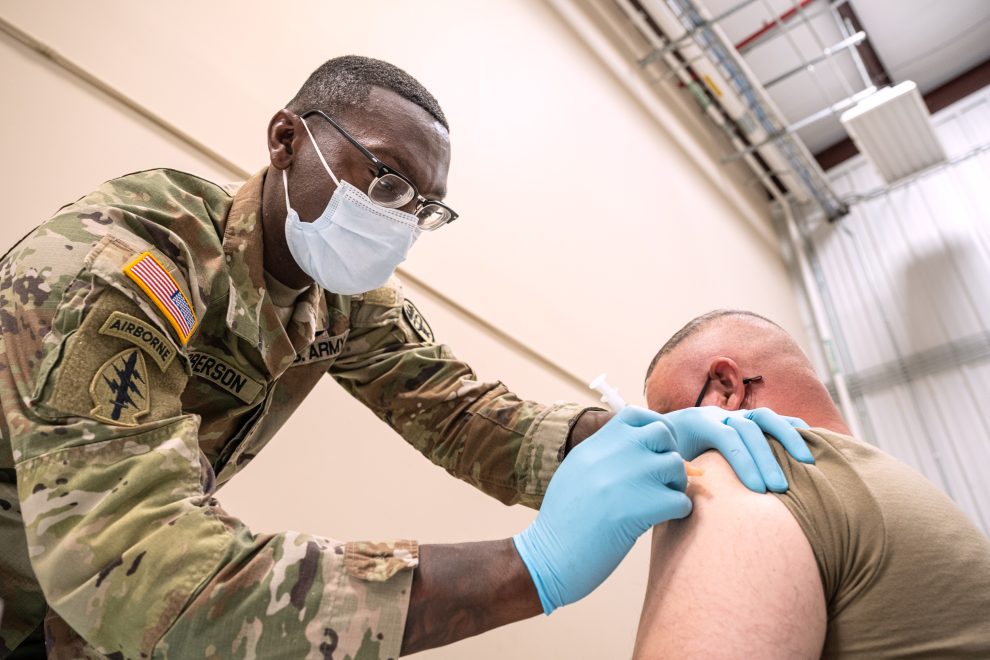 On Tuesday, the Pentagon dropped its vaccine mandate for military service members following legislation signed into law in December giving the Pentagon 30 days to rescind the mandate.

According to the Associated Press, the Department of Defense had begun ceasing all actions related to personnel who haven’t received the shot shortly after the legislation was signed on December 23, including discharging troops who refused the vaccine.

“The Department will continue to promote and encourage COVID-19 vaccination for all service members,” Defense Secretary Lloyd Austin said in the memo. “Vaccination enhances operational readiness and protects the force.”
Austin added in the memo, “the ability of commanders to consider, as appropriate, the individual immunization status of personnel in making deployment, assignment, and other operational decisions, including when vaccination is required for travel to, or entry into, a foreign nation.”

Human Events’ Jack Posobiec broke the story in December that the National Defense Authorization Act, which has been given the green light without fail since 1961, would include a demand from now-House Speaker Kevin McCarthy to repeal the Covid-19 vaccine mandate for troops.

BREAKING: I’m told that the upcoming Defense bill to include McCarthy demand to *repeal* the COVID vaccine mandate for military

This comes after McCarthy pressed Biden on this at White House

For not complying with the vaccine mandate, more than 8,400 troops were forced out of the military, while thousands others sought religious or medical exemptions.

Austin wrote in the memo that the Pentagon’s mandate “will leave a lasting legacy in the many lives we saved, the world-class force we have been able to field, and the high level of readiness we have maintained, amidst difficult public health conditions.”

Austin added that those who sought exemptions and were denied will have their records updated, and any letters of reprimand issued would be removed.

Those that were discharged, Austin said, could petition their military service to request a change in “characterization of their discharge.”