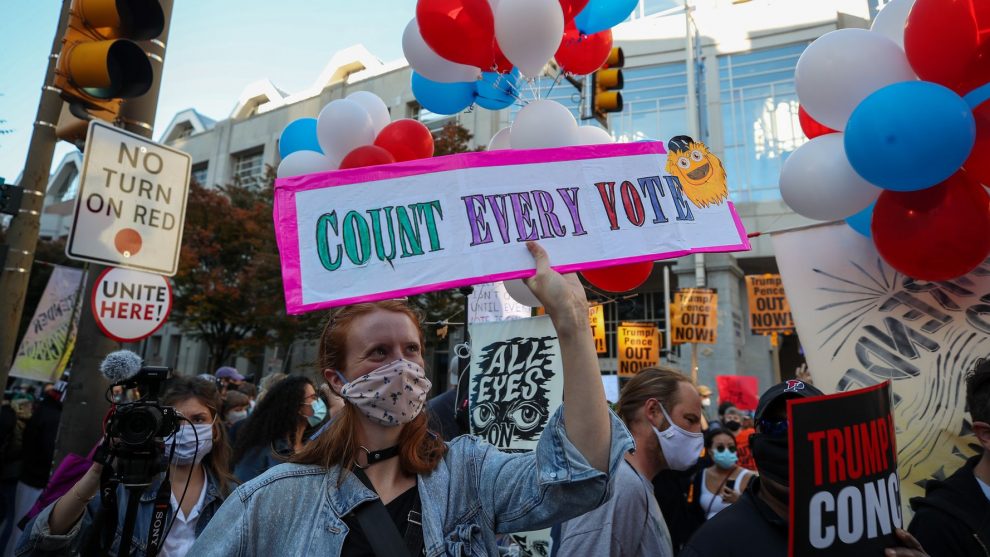 The Pennsylvania Supreme Court issued an order Saturday vacating a lower court’s decision to suspend the certification of the state’s vote in the presidential election, holding that a challenge to the state’s vote-by-mail laws had come too late.

Earlier this week, Pennsylvania certified its vote. But Commonwealth Court Judge Patricia McCullough blocked further steps to put the certification into effect, and upheld her earlier injunction on Friday, holding that a challenge to the state’s 2019 law allowing “no-excuse” vote-by-mail violated the state constitution. (The challenge was brought by Republican U.S. Rep. Mike Kelly, among others, and is separate from a case that President Donald Trump’s campaign lost in the Third Circuit in a unanimous three-judge decision on Friday. The campaign has pledged to appeal that decision to the U.S. Supreme Court.)

On Saturday, the Pennsylvania Supreme Court overturned Judge McCullough’s order under the doctrine of “laches,” ruling that Rep. Kelly and others should have brought the constitutional challenge before the primary and general elections in 2020 — not after millions of voters in Pennsylvania had already cast their ballots:

Petitioners filed this facial challenge to the mail-in voting statutory provisions more than one year after the enactment of Act 77. At the time this action was filed on November 21, 2020, millions of Pennsylvania voters had already expressed their will in both the June 2020 Primary Election and the November 2020 General Election and the final ballots in the 2020 General Election were being tallied, with the results becoming seemingly apparent. Nevertheless, Petitioners waited to commence this litigation until days before the county boards of election were required to certify the election results to the Secretary of the Commonwealth. Thus, it is beyond cavil that Petitioners failed to act with due diligence in presenting the instant claim. Equally clear is the substantial prejudice arising from Petitioners’ failure to institute promptly a facial challenge to the mail-in voting statutory scheme, as such inaction would result in the disenfranchisement of millions of Pennsylvania voters.4

The only two Republicans on the seven-member court, Chief Justice Thomas Saylor and Justice Sallie Mundy, issued a concurring and dissenting opinion, arguing that while the challenge came too late, it raised serious constitutional objections that should be considered in future elections.