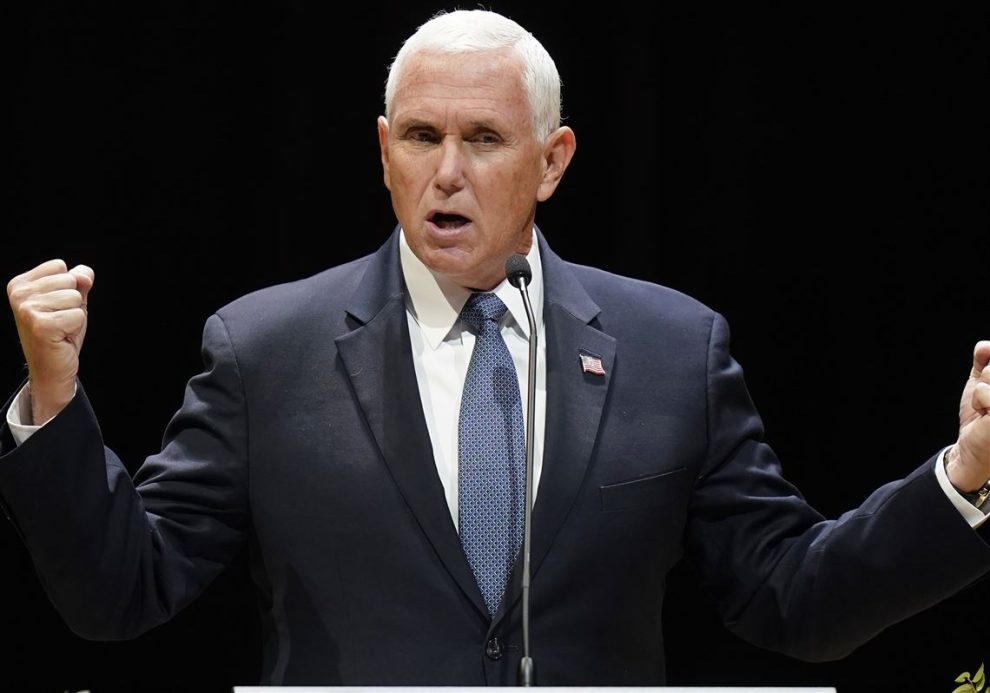 Monday, during an interview with FNC host Bret Baier, former Vice President Mike Pence was asked to react to former President Donald Trump’s forthcoming announcement about his 2024 bid for a second term.

After acknowledging his record with Trump as his vice president, Pence said he believed different times called for “different leadership,” suggesting he was not supporting Trump’s presidential aspirations this time around.

BAIER: All right, your former boss, by all accounts, is going to get back into the presidential field. He’s going to announce that he wants to seek the Republican nomination for a third time.

What do you make of that tonight?

PENCE: Well, it’s a free country, Bret, and I — the president’s entitled to make whatever announcement that he wants to make tonight.

But, as I wrote in my book that was just released today, I’m incredibly proud of the record of the Trump-Pence administration. We rebuild our military, revived our economy, secured our border, unleashed American energy, and saw conservatives appointed to our courts at every level, including three to the Supreme Court that gave America a new beginning on the right to life this year.

But, all of that being said, as I have traveled around the country over the last two years, what I hear again and again, Bret, is that people want to see us return to the policies of the Trump-Pence administration, but I — I hear people saying that they would like us to move forward with leadership that will unite our country around our highest ideals and reflect the kind of respect and civility that the American people demonstrate to each other every day.

Once you get away from politics, as we have — Karen and I moved back to Indiana — you’re reminded the people of this country actually get along pretty well every day.

We find a way to work through our differences. And I think it’s time that we had leadership in this country that reflected that commitment to respect for every American, while at the same time continuing to fight for all the policies that I chronicle in that book, the successes of the Trump-Pence administration, of which I will always be proud.

BAIER: So, just listening to you, you wouldn’t vote for him?

PENCE: Well, I just — I honestly believe that we’re going to have better choices, Bret.

I think Donald Trump was the only candidate in 2016 who could have defeated Hillary Clinton. I saw that firsthand. And then, after he won that Indiana primary, I never doubted that he was going to win. And I chronicle that in my book.

BAIER: But you doubt it now?

PENCE: But I think — I think different times call for different leadership.

And, in the days ahead, I just have heard all over the country from people who’ve stopped, expressed support and appreciation for the record of our administration, that they want to see leadership that brings our country together, while still fighting for all the things that have always made this country strong and prosperous.