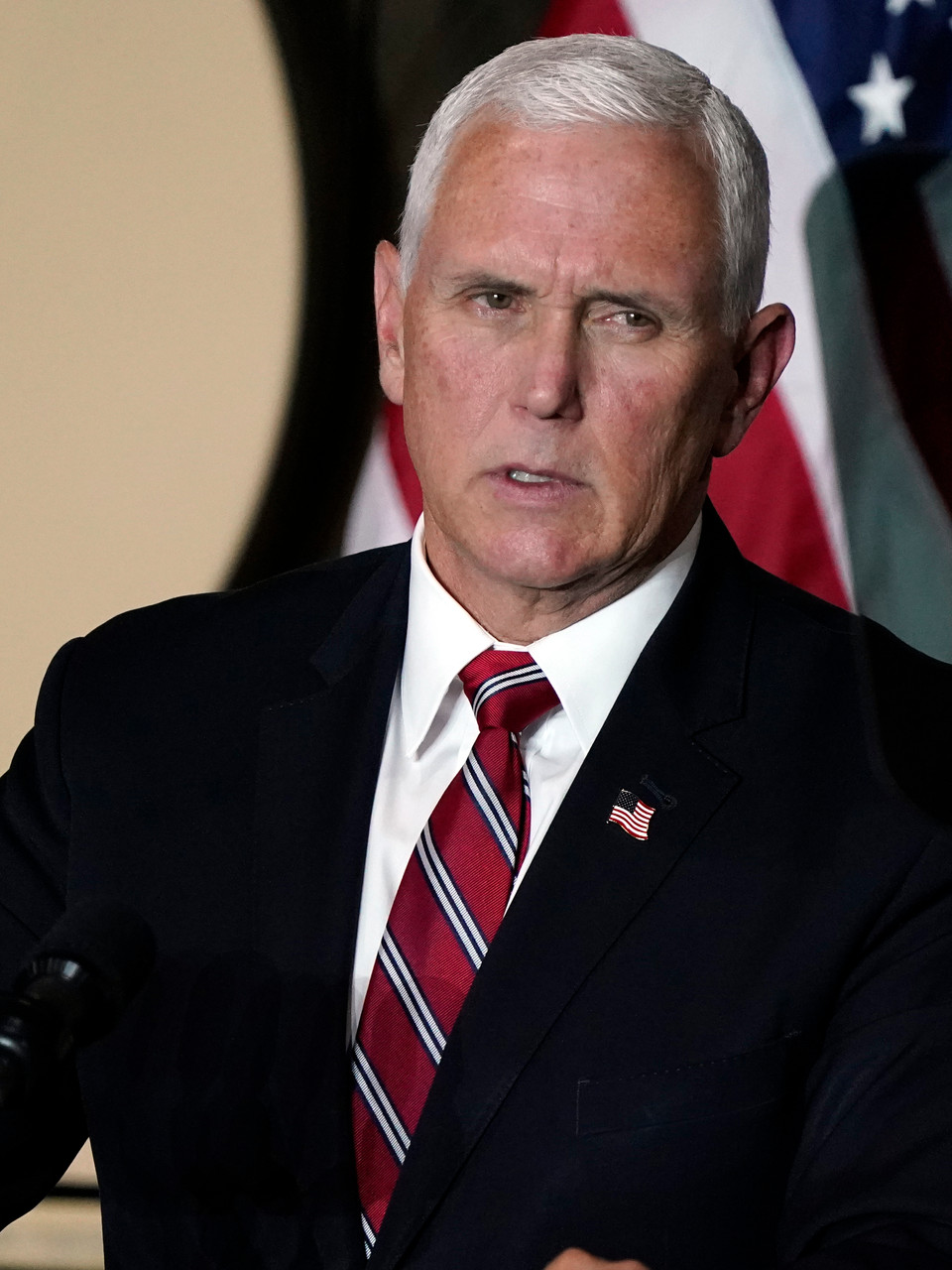 Vice President Pence said Friday that he has no knowledge of the QAnon conspiracy theory and that he dismisses it “out of hand.”

Pence was pressed in a pair of news interviews Friday morning on the conspiracy theory after President Trump earlier this week complimented its followers by saying they “love our country.”

“I don’t know anything about that conspiracy theory,” Pence told “CBS This Morning” host Tony Dokoupil when asked if he or Trump actually believed in QAnon.Pence went on to criticize the media for devoting coverage to the conspiracy theory instead of focusing on the message laid out by Democrats at their convention and the upcoming November election.

Dokoupil continued to press Pence, accusing him of “adding oxygen” to the conspiracy theory by not denouncing it as false.

In a subsequent interview on CNN, Pence disputed the notion that Trump had seemingly “embraced” the conspiracy theory with his remarks at a press briefing on Wednesday.

“You said the president seemed to embrace it. I didn’t hear that,” Pence told CNN’s John Berman on “New Day.” “I heard the president talk about he appreciates people that support him.”

QAnon is a far-right conspiracy theory whose followers believe that an underground cabal of Satanic worshipers who run child sex trafficking rings are in control of the “deep state” government and that Trump and his allies are working to expose them.

The movement, which began on the fringes of the internet, has grown extensively in recent months and has garnered support from some GOP congressional candidates. The FBI labeled the loose collection of individuals a domestic terror threat in 2019, saying it had the potential to drive individuals to commit acts of violence.

Trump, asked about QAnon on Wednesday at a press briefing, said he wasn’t very familiar with the movement but that he believed its supporters “love our country.”

“These are people that don’t like seeing what’s going on in places like Portland and places like Chicago and other cities and states,” Trump said, mischaracterizing what the conspiracy theory focuses on by referencing recent protests.

“I’ve heard these are people that love our country and they just don’t like seeing it. I don’t know really anything about it other than they do supposedly like me. And they also would like to see problems in these areas … go away.”

When a reporter tried to explain the specifics of the QAnon conspiracy theory, Trump said he wasn’t aware of it but said it wouldn’t be bad thing if he could “help save the world from problems.”

Trump’s remarks have generated scrutiny, with Sen. Ben Sasse (R-Neb.) criticizing Trump for not disavowing QAnon supporters in his remarks.

“QAnon is nuts—and real leaders call conspiracy theories conspiracy theories,” Sasse, who has been critical of the president at times, told The Washington Post Thursday. “If Democrats take the Senate, blow up the filibuster, and pack the Supreme Court–garbage like this will be a big part of why they won.”

House Republican Conference Chairwoman Liz Cheney (Wyo.) also condemned the QAnon conspiracy theory as a “dangerous lunacy that should have no place in American politics.”