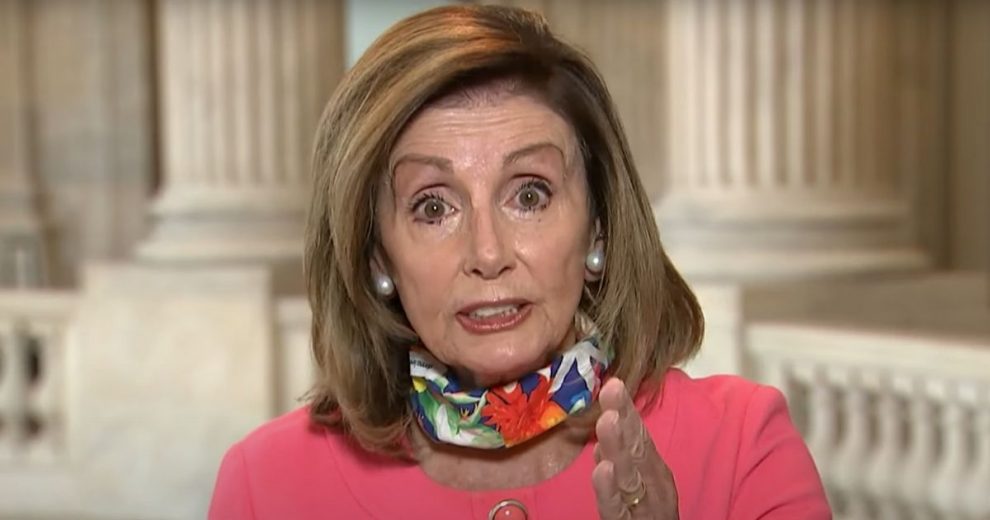 With many criticizing 2020 Democratic presidential nominee Joe Biden of hiding in his basement for the majority of his campaign, presidential debates seemingly would be a good way for the former vice president to refute claims of a decline in mental cognizance and that he is pushing a socialist agenda.

During a Friday interview on CBS’s “This Morning,” House Speaker Nancy Pelosi (D-CA) doubled down on saying Biden should not debate President Donald Trump. Pelosi argued that Trump “has no fidelity to fact or truth” and “isn’t committed to our Constitution,” thus she asked “why bother” holding a debate with him.

Host Gayle King asked, “You had earlier suggested that you didn’t think Biden should debate. Do you still feel that way?”

“I do,” Pelosi replied. “Not that I don’t think he’ll be excellent. I just think that the president has no fidelity to fact or truth, and actually, in his comments the last few days, no fidelity to the Constitution of the United States. He and his henchmen are a danger with their comments, are a danger to our democracy. So, I didn’t want to give him — you know, why bother — you know, he doesn’t tell the truth, he isn’t committed to our Constitution.”

King pushed back against Pelosi, referring to Trump’s supporters as “henchmen,” suggesting it could be “just as insulting” as the things he says about her.

“Your language to some is just as egregious as what they’re saying by calling the president’s people henchmen. Some could say that’s just as insulting as what he’s saying about you,” King advised.

Pelosi responded, “Well, I don’t care what he says about me. Every knock from him is a boost for me. If he wants to help me raise money, he can keep knocking me. But I’m speaking truth. Our Constitution is at the mercy of people who have no allegiance to the Constitution of the United States.”