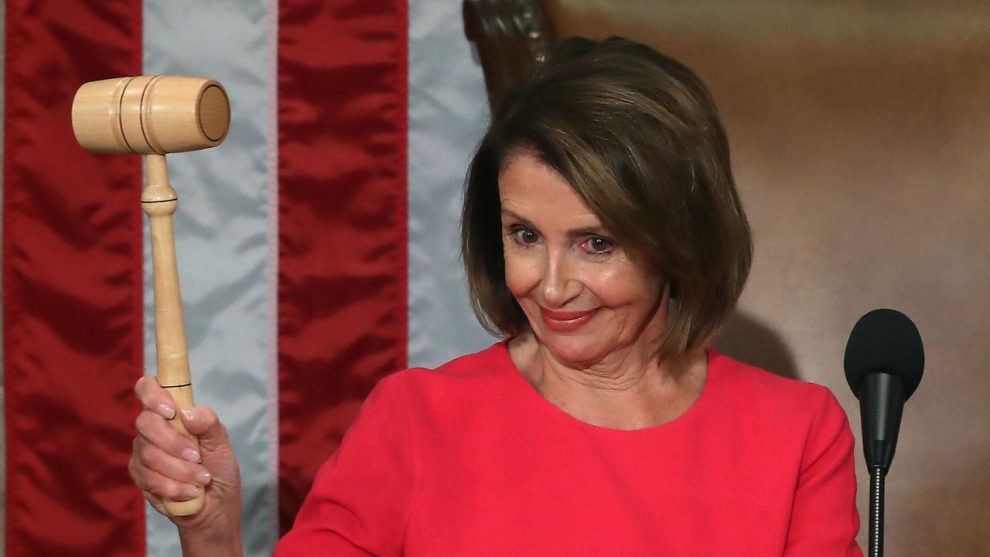 House Speaker Nancy Pelosi, D-Calif., tried to tamp down the perceived influence of Rep. Alexandria Ocasio-Cortez and other progressive freshman Democrats, saying their wing in Congress was “like five people.”

Speaking with CBS News’ Lesley Stahl on “60 Minutes,” Pelosi said the 29-year-old congresswoman from New York didn’t have a significant impact on the Democratic Party. The House speaker also said she rejected socialism “as an economic system.”

“You have these wings, AOC and her group on one side,” Stahl told Pelosi, to which the 79-year-old replied: “That’s like five people.”

Can the Speaker of the House unify the Democratic party while getting pushback from the left and self-described democratic socialists like Alexandria Ocasio-Cortez? https://t.co/f4VUYTYIdw pic.twitter.com/a9wOobPj5g

“No, it’s the progressive group, it’s more than five,” the interviewer pushed back. Pelosi contended that she herself is a progressive.

The speaker added that she believes Congressional Democrats “by and large … know that we have to hold the center, that we have to go down the mainstream,” and said she “reject[s] socialism as an economic system.”

“If people have that view, that’s their view,” she said. “That is not the view of the Democratic Party.”

Such a “puff piece” on Nancy Pelosi by @60minutes, yet her leadership has passed no meaningful Legislation. All they do is Investigate, as it turns out, crimes that they instigated & committed. The Mueller No Collusion decision wasn’t even discussed-and she was a disaster at W.H.

When pressed on whether Congress has been productive, she said Democrats regained control of the House only three months ago, and that things were moving. She added: “The power of the Speaker is awesome.”

President Trump responded to the interview by tweeting it was a “puff piece,” and said Pelosi “has passed no meaningful Legislation.”