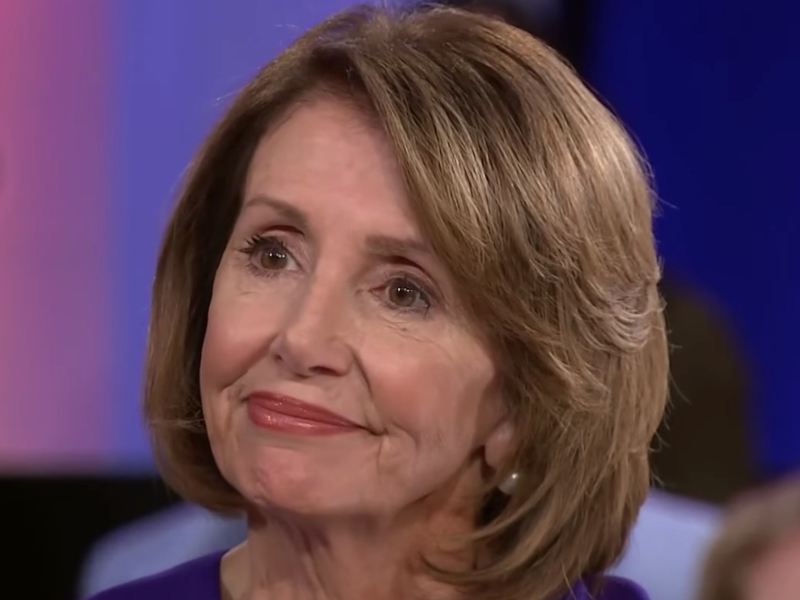 Thursday on MSNBC’s “The Reidout,” House Speaker Nancy Pelosi (D-CA) attributed the wildfires plaguing her state and hurricanes that have batter the Gulf Coast to so-called climate change.

According to Pelosi, the natural disasters were a sign that “Mother Earth is angry.”

“Here we are, on the eve of 9/11, the 19th anniversary of 9/11, as we are filled with sadness, continued to be filled with sadness about those who lost their lives at that time and since from consequences of 9/11,” Pelosi said. “That was going to be our focus this week. We have these fires in California, and in the West, 16 people have died in Washington, Oregon, and California, including a firefighter and a 1-year-old baby. We — our firefighters have been so, very, very courageous.”

“Now, we’re, again, breaking records. Mother Earth is angry,” she continued. “She’s telling us — whether – she’s telling us with hurricanes on the Gulf Coast, fires in the West, whatever it is, that climate crisis is real and has an impact. I hear — I came over the weekend back to Washington. It was unhealthy and smoky, that was how they described the air then. Now, it has gotten much worse, and I’m hearing regularly on the ongoing from my constituents about the concern they have about the fires and the air quality, the loss of life, and over 34 million acres burned. That’s an historic number. Again, sadness over 9/11 complicated by our concern about the fires, at the same time as we’re dealing with a coronavirus and finding out that the president of the United States didn’t address it in the serious way that it needed to be addressed early on.”