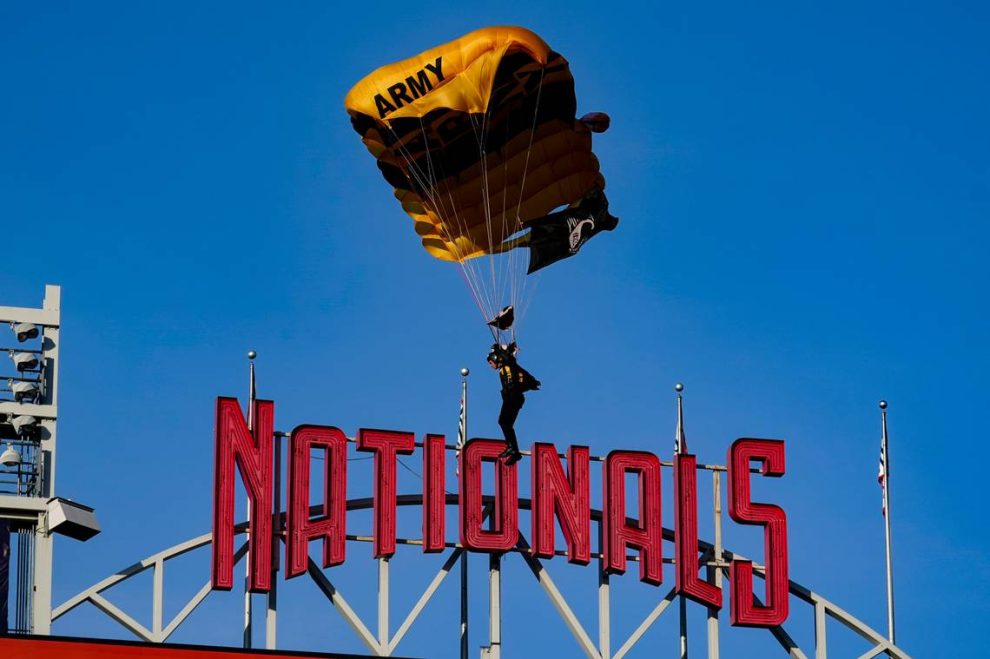 House Speaker Nancy Pelosi stomped her foot in a rhetorical fit of pique over a Wednesday incident that led to a brief evacuation of the Capitol.

Shortly after 6:30 p.m. on Wednesday, the Capitol Police issued an evacuation order citing “an aircraft that poses a probable threat to the Capitol Complex,” according to Fox News.

It turned out that the plane was carrying members of the U.S. Army Golden Knights, who were part of a parachute jump into Nationals Park before an MLB game between Washington and the Arizona Diamondbacks.

The Capitol was largely devoid of lawmakers while they are on recess, but Pelosi late Wednesday issued a hyperbole-laden statement praising the Capitol Police and shrilly excoriating the Federal Aviation Administration.

“Today, and every day, our Congressional community is extraordinarily grateful for the heroism of our United States Capitol Police officers,” the California Democrat said.

“In ordering the evacuation of the Capitol and vigilantly monitoring for a potential aircraft threat, our officers ensured the safety of all who work in these hallowed halls — and we thank them for their exemplary service.”

“The Federal Aviation Administration’s apparent failure to notify Capitol Police of the pre-planned flyover Nationals Stadium is outrageous and inexcusable,” the speaker said.

A military parachute event before the Washington Nationals game on Wednesday triggered an evacuation at the U.S. Capitol.

She then referenced the Jan. 6, 2021, incursion of the U.S. Capitol, an event her select committee has been focused on for many months.

“The unnecessary panic caused by this apparent negligence was particularly harmful for Members, staff and institutional workers still grappling with the trauma of the attack on their workplace on January 6th,” Pelosi said.

The speaker said a trip to the woodshed is coming for whoever can be shown to have made a mistake.

“Congress looks forward to reviewing the results of a thorough after-action review that determines what precisely went wrong today and who at the Federal Aviation Administration will be held accountable for this outrageous and frightening mistake,” she said.

all these politicians care about is THEMSELVES https://t.co/hwEM2jn25N

In summarizing the incident, The Washington Post noted that the twin-engine plane took off from Joint Base Andrews in Maryland.

Although it was within restricted airspace, the De Havilland Twin Otter never entered the prohibited airspace over the Capitol and nearby government buildings.

The plane coordinated its flight with air traffic controllers at Ronald Reagan Washington National Airport, according to the Post.

The report said it was not clear why law enforcement agencies were not aware of what was taking place.