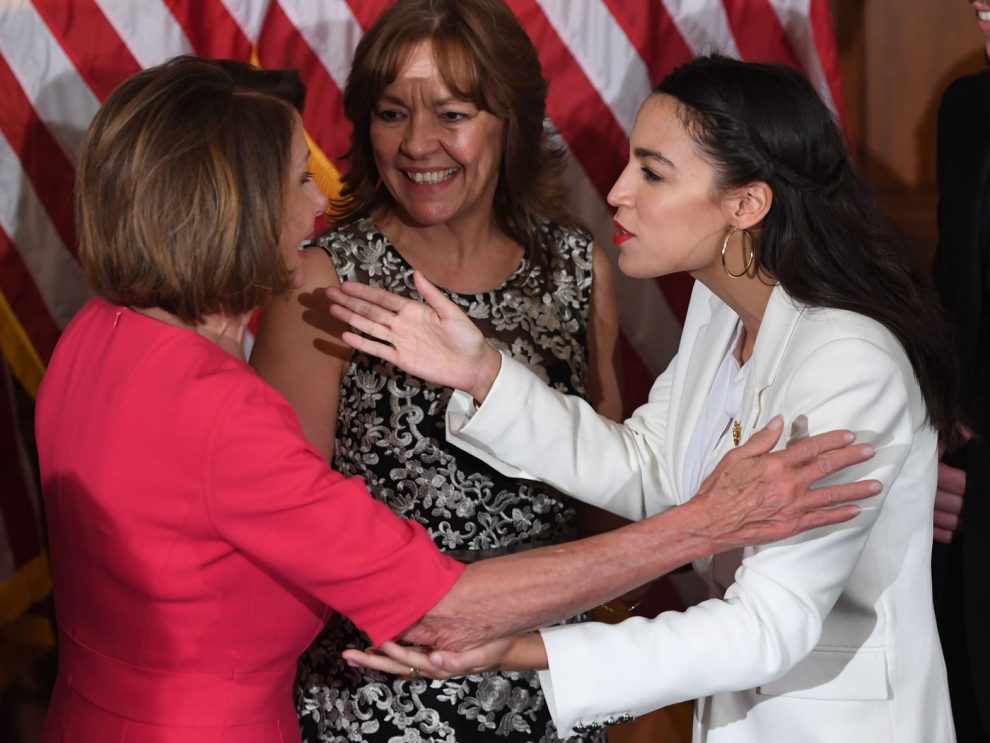 House Speaker Nancy Pelosi says that radical Reps. Alexandria Ocasio-Cortez and Pramila Jayapal were vying to be the “queen bee” of the left in Congress, and it almost cost the party their majority in 2020.

The revelation appears in the new book This Will Not Pass by New York Times reporters Jonathan Martin and Alex Burns.

She reportedly told one senior lawmaker that Democrats had alienated Asian and Hispanic immigrants with loose talk of socialism and callousness about abortion.

The 82-year-old Italian Catholic speaker said that with immigrant communities, ‘Democrats had not been careful enough about the way they spoke about abortion among new Americans who were devout people of faith,’ according to excerpts obtained by Punchbowl News.

Pelosi’s chief spokesperson Drew Hammill told DailyMail.com of the excerpts: ‘Many books will be written about the challenges of legislating during the pandemic and a period of unprecedented Republican obstruction, and we won’t be commenting on the works that substitute gossip for fact.’

Many Hispanic immigrants have come from failed socialist states in Central and South America. The last thing they want to see is a government going down the exact same path that caused them to leave their homes in the first place.

As for abortion, devout Catholics oppose abortion but rarely make it a defining political issue. That may be changing, as Democrats support more and more radical partial-birth abortion policies and oppose common-sense restrictions.

‘To some Democrats, Becerra was a baffling choice. He was not a public health expert, and he was certain to face a tough confirmation fight if Republicans held the Senate. Among the flummoxed Democrats was perhaps the most significant political partner for the incoming administration: Nancy Pelosi. The Speaker had worked closely with Becerra in the House and saw him as untrustworthy.

A fellow Californian, Becerra represented a Los Angeles district in the House from 1993 to 2017, then served as state attorney general from 2017 to 2021. The entire extent of his public health experience was membership on the Subcommittee on Health under the House Ways and Means Committee.

Members like AOC and Jayapal see Pelosi as an ancient fossil who is only still there because Democrats don’t trust the new radicals with the speaker’s gavel. But eventually, they will ascend to power because the rest of the party fears their popularity with the base.

The book will be in bookstores on May 3.