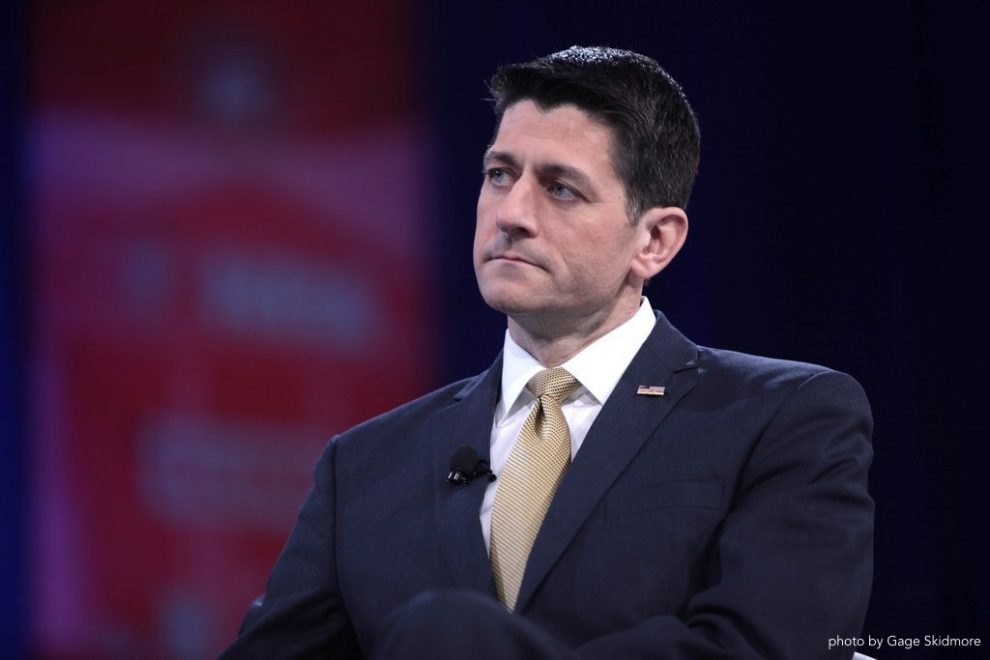 Paul Ryan was the biggest traitor in the Republican Party.

The former Speaker of the House never missed a chance to knife Donald Trump’s agenda.

Ryan refused to fight for border wall funding and always told the President that he would win money in the next round of funding negotiations.

That was a lie.

Now he is predicting the Democrats will win the 2020 election.

Former Speaker of the House Paul Ryan suggested Monday that President Donald Trump could lose the 2020 presidential election — if that election focuses on Trump’s personality.

Ryan was in Vero Beach, Florida, participating in a lecture series when he also said Trump needs to emphasize his successful policies and not his often outsize personality if he wants to win. Ryan also said he believes there are some Democrats who could beat Trump in 2020, TCPalm reported.

“The person who defines that race is going to win the race. If this is about Donald Trump and his personality, he isn’t going to win it,” Ryan predicted.

Ryan would love for Trump to lose the election.

Establishment RINOs like Ryan think once Trump is off the stage they can reclaim control of the Republican Party and push amnesty, international trade deals, and endless foreign wars.

But this may be case of wishful thinking over rational analysis.

The economy is strong and America is not entangled in an unpopular military conflict.

Political professionals believe Trump could ride the message of peace and prosperity to victory over an increasingly radicalized Democrat Party.

We will keep you up-to-date on any new developments in this ongoing story.