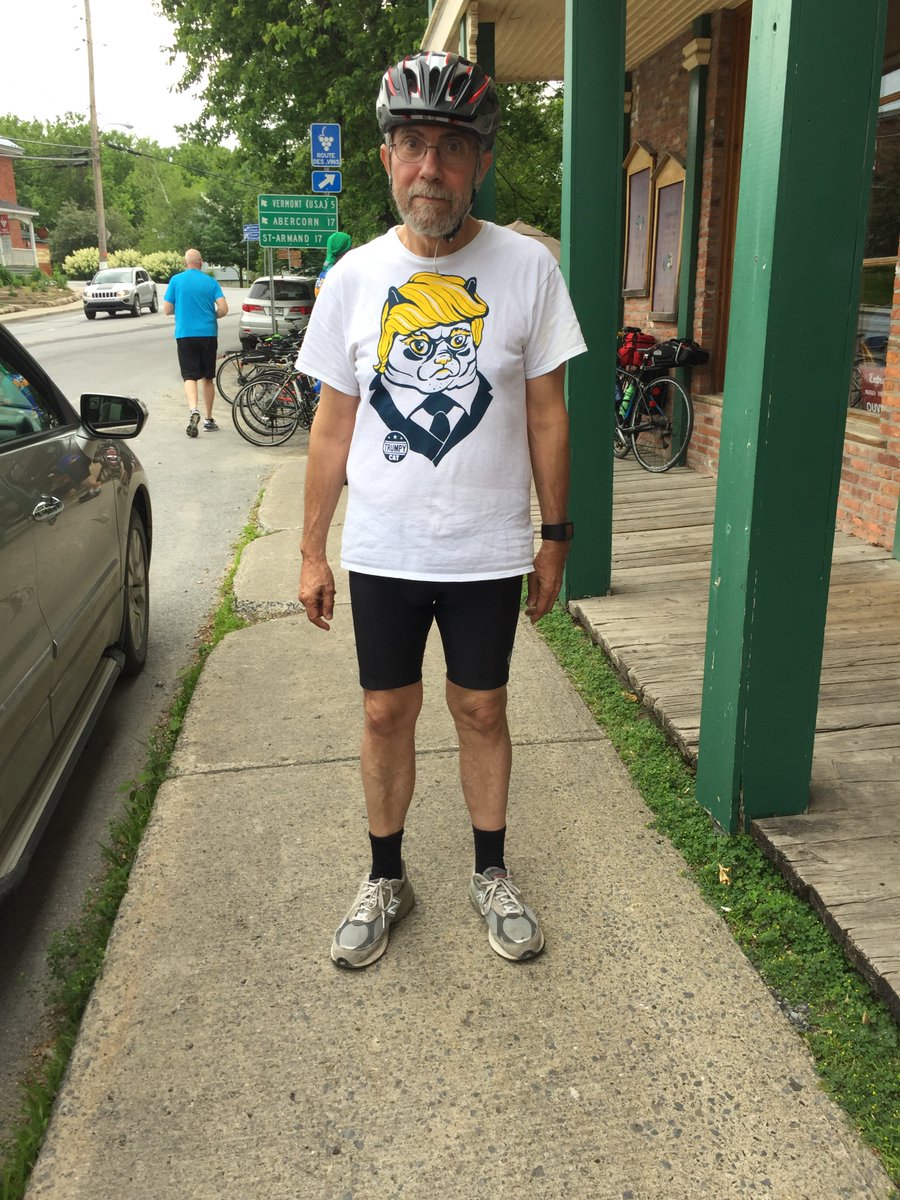 Byron York of the Washington Examiner caught New York Times columnist Paul Krugman in an easily disprovable lie on Tuesday: claiming that Democrats never called President Donald Trump illegitimate, when he himself did so in 2017.

When Joe Biden is inaugurated, he will immediately be confronted with an unprecedented challenge — and I don’t mean the pandemic, although Covid-19 will almost surely be killing thousands of Americans every day. I mean, instead, that he’ll be the first modern U.S. president trying to govern in the face of an opposition that refuses to accept his legitimacy. And no, Democrats never said Donald Trump was illegitimate, just that he was incompetent and dangerous.

As York noted, Krugman published a column on January 16, 2017 — four days before Trump’s inauguration — in which he quoted Democrat Rep. John Lewis calling Trump illegitimate, and agreed with them. The title of the column was “With All Due Disrespect.” In it, Krugman wrote:

But let’s not talk about Mr. Trump’s ravings. Instead, let’s ask whether Mr. Lewis was right to say what he said. Is it O.K., morally and politically, to declare the man about to move into the White House illegitimate?

Yes, it is. In fact, it’s an act of patriotism.

[N]o previous U.S. president-elect has had less right to the title. So why shouldn’t we question his legitimacy?

York noted that leading Democrats, including former Vice President Joe Biden, openly declared that Trump was illegitimate and spent four years trying to remove him by any means possible, including the flimsy impeachment of 2019-2020.

York concludes: “The attempt to throw it all down the memory hole is more than just an embarrassment for Krugman and the New York Times. It also encourages a sense of grievance — They won’t accept Biden’s legitimacy! — that is utterly ignorant of recent events. Some Democrats not only declared Donald Trump an illegitimate president before he was even sworn in — they spent the next years trying to remove him from office, abusing the powers of investigation in the hope that even if he survived he would be so weakened that he could not win re-election. No one should forget — or ignore — what happened.”