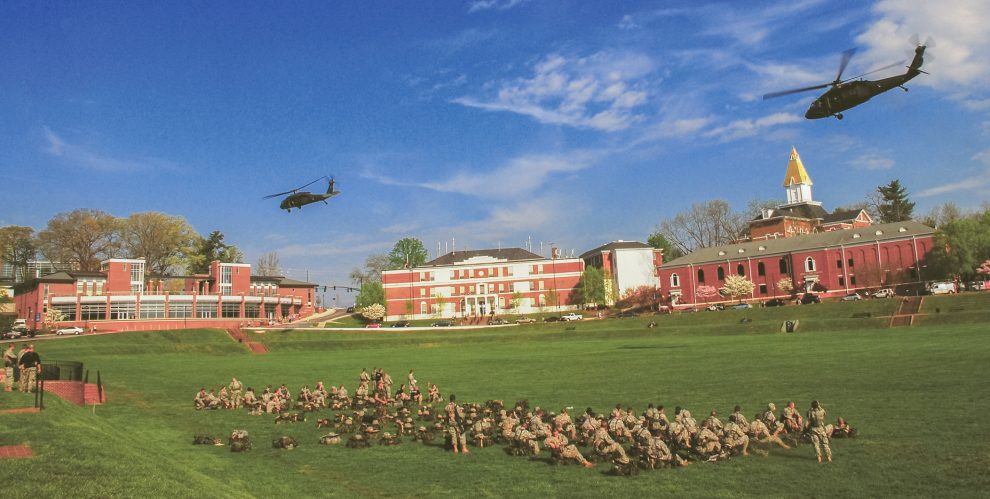 The mask wars rage on and on.

And they’re more ridiculous than ever before.

The mainstream media is now doing its COVID panic-porn messaging for two reasons. The first — and original — is that the American left is hoping to screw up another election or two by using the pandemic to chuck any laws dealing with election integrity out the window.

The second reason is new: Biden and his media mouthpieces are desperate to distract from his Afghanistan failure.

That’s how we end up with thousand-word articles like this one from The New York Times:

Matthew Boedy, an associate professor of rhetoric and composition, sent out a raw emotional appeal t his students at the University of North Georgia just before classes began: The Covid-19 Delta variant was rampaging through the state, filling up hospital beds. He would teach class in the equivalent of full body armor — vaccinated and masked.

So he was stunned in late August when more than two-thirds of the first-year students in his writing class did not take the hint and showed up unmasked.

It was impossible to tell who was vaccinated and who was not. “It isn’t a visual hellscape, like hospitals, it’s more of an emotional hellscape,” Dr. Boedy said.

Just to gin up the drama, the Times titled this feelings-journal entry: “The Masked Professor vs. the Unmasked Student.” It’s all so overwrought that these hyperbole-laden articles begin to read like therapist’s notes after a while. I try not to dismiss large swaths of the American public as crazy, but they make it almost impossible now:

Public school teachers and academics have been protected classes for a very long time in America, pretty much doing whatever they want with impunity. The pandemic has exposed just how fragile, inane, and lazy they are. Much to their chagrin, they’ve also lost some of their authoritarian edge in red states:

Professors say that the lack of clear rules this year has made it harder to function. Last year, the rules may have been draconian — possible expulsion for attending parties, for instance — but they were also clear and effective, the professors said.

Last fall, “I could call the police if I wanted to,” said Leslie Kaplan, who teaches folklore at the University of North Florida. This year, she has to use the art of persuasion.

I bet she misses being able to call the cops on her wrongthinking students. That seems like something commie college professors would like to have available all of the time for a variety of things.

There is, of course, a less hysterical perspective on all of this, but you aren’t likely to find anyone in the upper echelons of academia sharing it. Here is a take that is more grounded in emotional reality:

Alex Vargas, a senior at the University of Texas, is not vaccinated and, in the first week of school, he was the only person not wearing a mask in his small engineering class.

The professor, who was wearing a mask, called for a vote in class on whether students wanted him to wear a mask or “didn’t care,” Mr. Vargas recalled. The “didn’t cares” won by a vote or two, and the professor said he would keep his mask on, Mr. Vargas said.

“There were no snarky remarks, no ‘I’m not going to talk to you, not going to look at you,’” Mr. Vargas, the chairman of the Young Conservatives of Texas on campus, said, of his own choice to go unmasked. “It was just, ‘That’s his choice, move on.’”

That’s similar to an experience I had last weekend. We have been wide open here in Arizona for a long time now. I honestly can’t remember the last time I saw a mask sign at a bar or restaurant. Last Saturday, I went to a little bar with some friends and there was a mask sign at the door. I didn’t even bother to read it to see whether they were politely requesting or demanding—I just knew that I wasn’t going to put one on.

I was the only one in the place who wasn’t wearing one, yet I didn’t get the stink eye from anyone or attitude from the staff. We all enjoyed ourselves. I was quite relieved, because I really wanted to check the place out but have decided that I won’t spend any money in bars or restaurants that go back to panic mode and demand mask obedience.

Getting back to Professor “Full Body Armor” from the top of the post: I wonder why he’s so distraught if he’s fully vaccinated and wearing a mask since, according to him, both work so well?

Good luck getting a clear reply from the panic-porn crowd on that one. 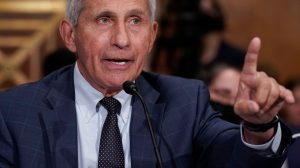 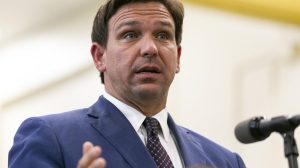 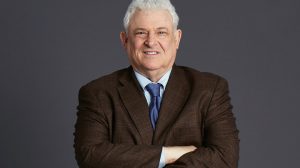 Experts Warn ISIS-K Planning To Exploit “Refugee” Wave To Send Terrorists To The West
Donald Trump: ‘We Rebuilt Military,’ and ‘They Gave It to the Taliban’