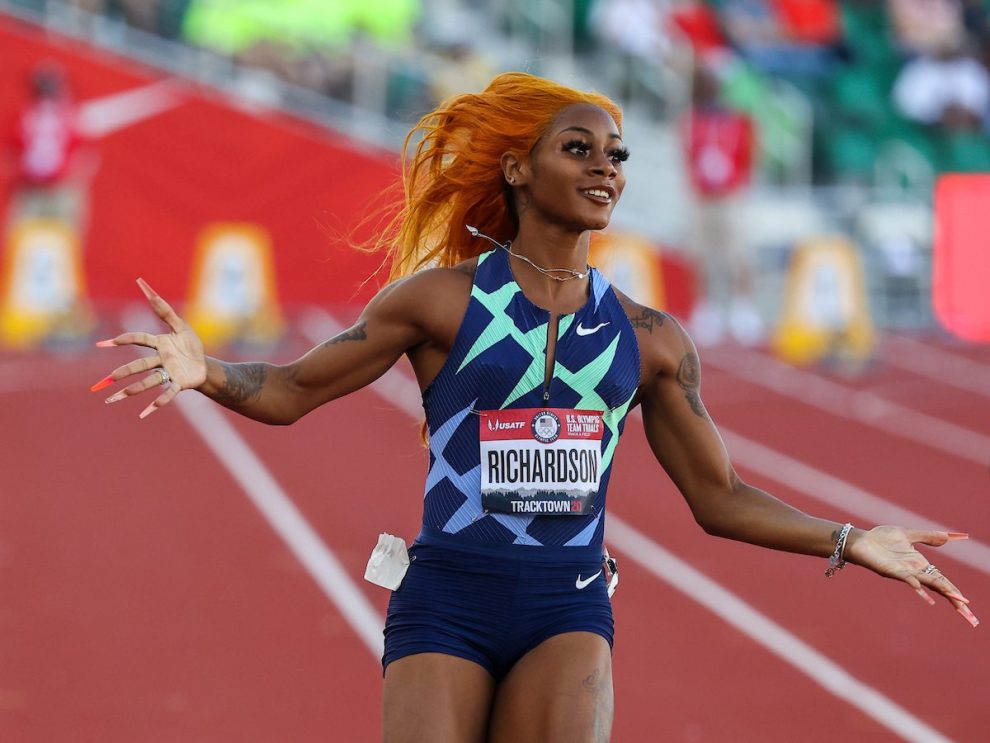 Alec Baldwin is one of America’s best-known jerks. In 2011, he was booted from an American Airline flight because he wouldn’t turn off his phone. Even after he was asked to stop using his phone he refused, got up, went to the bathroom, and slammed the door so hard the cockpit crew was concerned something had nefarious had happened.

If you fly enough, you’ve seen plenty of “Alec Baldwins” who refuse to follow rules. It’s usually in first class but sometimes it’s back with us commoners. People who have to be told to put their toys away are usually people who think they don’t have to comply with rules either because they don’t like the rules or because they think they are above the rules – like Alec Baldwin or, in today’s case, a woman named Sha’Carri Richardson – a wannabe Olympian.

Richardson was on track to run in the Summer Olympics but, because she can’t follow rules, she was banned for a failed drug test. She tested positive for dope (not the brain-dead type, the joint/bong type). She knew the rule and decided that she didn’t need to comply. She failed the drug test and missed the Olympics. Would marijuana have helped her track performance? Unlikely, but that isn’t the point.

The point was, there is an across-the-board rule for all prospective Olympians that dictate what you can, and cannot have in your bloodstream even when not competing. She knew the rule and apparently decided they didn’t apply to her. Her inability to follow rules was not a one-off. It seems to be a pattern.

Ms. Richardson was on an American Airline flight a few days ago and her “rules don’t apply to me” attitude kicked in. The announcement to “put all electronic equipment away” had been made and Richardson ignored it. She had her phone out doing important work. She was videoing herself. The flight attendant asked her to put her phone away. She did her best Alec Baldwin impression and ignored the request. Once the request became a demand Richardson pulled out her best “do you know who I am!?” and made it about her. Everyone was “disrespecting” her.

Below are some choice quotes from Richardson:

“No I’m not going to stop recording because I was making a video to myself,”

A woman ( clearly just wants to get to her destination) asks her to stop. Richardson’s reply?

A male passenger heard saying “thanks a lot” – blaming Richardson for missing his connecting flight.

“Oh so you’re worried about a connection while a grown man is disrespecting me?”

Richardson was finally removed from the flight – as the entire flight of passengers applauded.

What were her thoughts? Richardson asked her Kool-Aid-drinking Instagram followers if she should sue the airline.