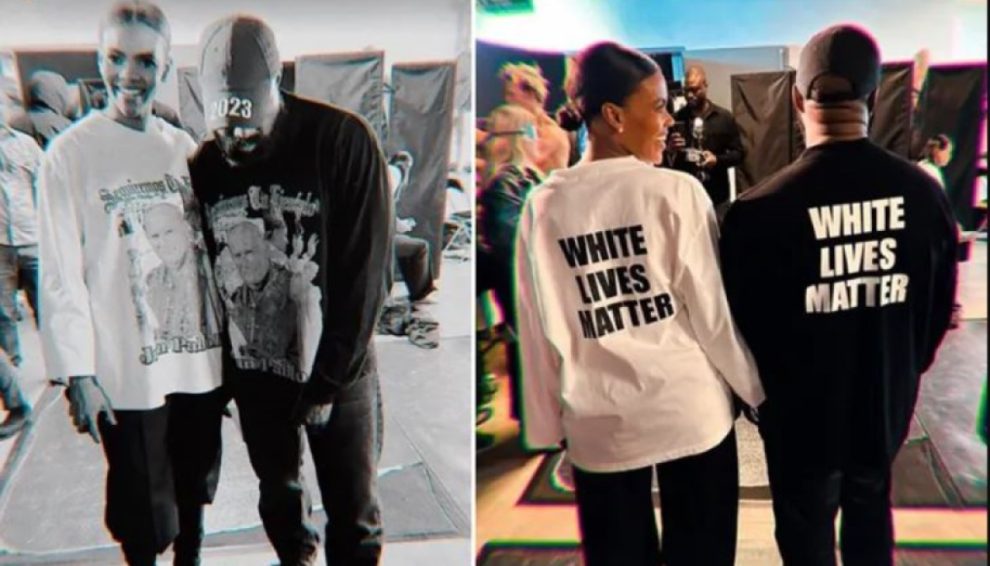 Owens and the rapper and fashion designer rocked the T-shirts, each of which also included a picture of the Pope’s face on the front, while flanked by models in matching tops. The phrase, a twist on Black Lives Matter, elicited the expected outrage on social media, but West and Owens were all smiles at the show.

“I am Ye, and everyone here knows that I am the leader,” West said at the event, according to Page Six. “You can’t manage me.”

Owens, host of the popular podcast “Candace Owens,” is a fierce critic of Black Lives Matter, which she has accused of cynically profiting off of the death of George Floyd while also helping to spur riots across America during the summer of 2020.

The BLM movement has opposed law enforcement while promoting other radical ideas, like the disruption of the nuclear family.

“We are unapologetically Black in our positioning,” the group’s “what we believe” page said. “In affirming that Black Lives Matter, we need not qualify our position. To love and desire freedom and justice for ourselves is a prerequisite for wanting the same for others.”

Black celebrities took to Twitter to blast the pair, with former ESPN personality Jemele Hill calling it “a dangerously dumb message to send for someone with [West’s] massive platform.”

But neither West not Owens is known for caring about what the woke Left has to say.

West, who in 2018 tweeted, “I love the way Candace Owens thinks,” made headlines in 2013 when several pieces of merchandise from his Yeezus tour included Confederate symbolism.

“The Confederate flag represented slavery in a way,” he said at the time. “That’s my abstract take on what I know about it, right? So I wrote the song, ‘New Slaves.’ So I took the Confederate flag and made it my flag. It’s my flag now. Now what you gonna do?”

Last month, West took aim at the validity of the holiday Kwanzaa, The Daily Wire reported. “They teach black kids Kwanzaa at Sierra Canyon,” West said in a now-deleted post, referring to a private school in Chatsworth. “What the f*** is Kwanzaa and who made that bulls*** up? Everyone lives in LA for the check anyway so no one really cares about their children being indoctrinated.”

Kwanzaa was created by black activist Maulana Karenga in 1966; in 1971 he was convicted of felonious assault and false imprisonment. He currently serves as chairman of the Africana Studies Department at California State University, Long Beach. The Kwanzaa festival is observed starting the day after Christmas for 7 days, and involves celebrating seven Swahili values; a candle is lit each day on a candleholder.