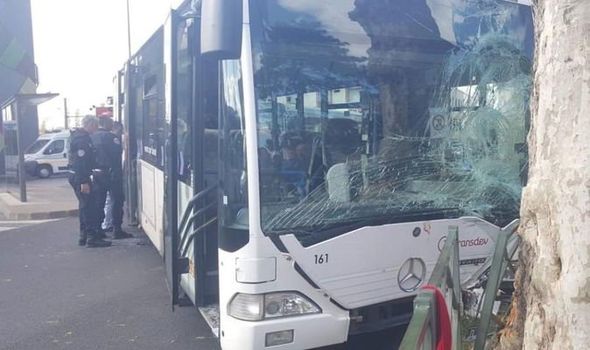 Pedestrians and passengers have been hurt, some seriously, after the bus careered off the road and into a tree. Eighteen people have been injured, three critically, after the incident which occurred by the station at Sucy-en-Brie. The youngest of those seriously injured is understood to be 15-years-old.

The crash took place between 5.15pm and 5.20pm in the middle of the rush-hour.

The driver of the bus is believed to have lost control of the vehicle.

At this time it does not appear to be terrorism related.

Police and ambulance crews are at the scene.

A helicopter has also been deployed to transfer the seriously wounded to a nearby hospital.

Following the incident the Sucy-Bonneuil station has been temporary closed.

French media are reporting the bus driver has been arrested by and is currently in police custody.