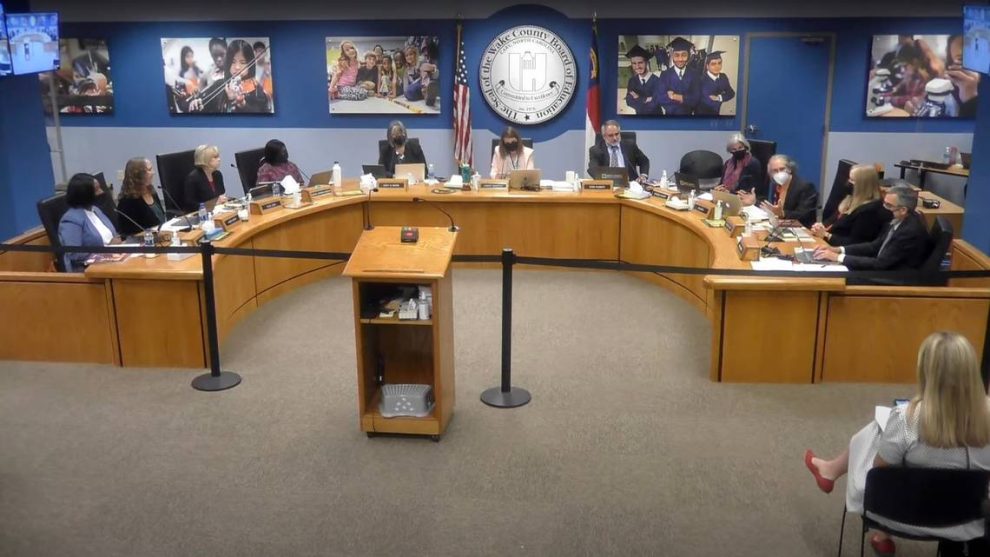 While the results of the midterm elections were not the red wave many had predicted, education advocates were optimistic about the impact local races would have on the quality of schools across the country.

“The predicted red wave did not materialize, but there was a red undercurrent in state and local education offices,” Angela Morabito, spokesperson for the Defense of Freedom Institute, told Fox News Digital.

“Parents are fired up, and they’re winning, even in blue states,” Morabito added. “Conservatives flipped school boards in Michigan and Maryland, and more than 40 candidates backed by parental rights groups notched wins in Minnesota.”

Moms for Liberty co-founder Tiffany Justice told Fox News Digital that over 50% of the candidates they endorsed had won their election, most of whom were first-time candidates.

Candidates backed by the Minnesota Parents Alliance won in 15 of the 19 districts where the organization devoted campaign resources, totaling 49 candidates.

In Florida, all six school board members endorsed by Gov. Ron DeSantis, R., won their runoff elections, resulting in 24 of the 30 candidates backed by the governor being elected.

“I think there actually are a lot of local races that were flipped,” Parents Defending Education President Nicole Neily told Fox News Digital. “A lot of people ran on these cultural issues, and they won.”

Neily conceded that not every conservative or pro-parent candidate won, but she was still encouraged by the results.

“Parents are kind of David versus Goliath in this,” she added. “With that in mind, I think the fact that this little upstart band of unhappy parents has made such significant inroads, particularly at the local level, I think is really astonishing.”

The success of these pro-parents candidates should have a tangible benefit on schools, Justice said.

“If you think about the policies that are going to be enacted by pro-parental rights candidates that have just won, their focus is going to be on recognizing and respecting fundamental parental rights and on student achievement,” she said.

Justice predicted that in areas where there were “pro-parental rights” candidates being elected, parents would be more involved in their children’s education.

“The differences in these districts are only going to become more and more glaringly obvious,” she added.

Christine Trooien, president of the Minnesota Parents Alliance, agreed that parents should be able to see tangible results in their communities.

“One of our expectations is that a lot of these new members are really going to start asking the important questions of their district with respect to how they are prioritizing both the money in their budget and teacher time on ensuring that academic focus is number one,” she told Fox News Digital. “Our expectation going forward is that these new members will really be changing the conversation.”

“On a practical level, I believe this makes things better for parents, because instead of having the school board standing their way, they’re now going to have allies on the school board,” she added.

Not everyone felt as optimistic about the election results.

Bethany Mandel, a sharp critic of COVID lockdowns and conservative advocate for parents’ rights, expressed disappointment at some of the results in her local school board in Montgomery County in Maryland and wondered why learning loss issues from school closings didn’t resonate more on the ballot. Nationally, she was concerned that abortion access seemed to be more of a concern with voters, calling it a “pretty sad commentary on our national priorities.”

“I think that part of it is the fault of Republican messaging,” she said. “Like there’s not been a lot of conversation from Republicans about what is the plan to fix what went wrong in the schools over COVID? And I think that that could have landed better among millennials, because we have kids. We needed to be more vocal about the importance of school choice and the importance of taking the power away from unions so that what happened doesn’t happen again.”

“I think that Republicans really missed a messaging opportunity there and maybe sat on their laurels and thought like, you know, people are pissed and people are upset about inflation and that’ll be enough. And it wasn’t because of that,” she added.

Going forward, Mandel urged Republicans to be more vocal about school choice and make more noise around the serious learning loss issues the U.S. has seen since pandemic shutdowns.

“That’s going to have so many trickle-down effects that we can’t even imagine and many of them that we can’t imagine, crime and dropouts, and you name it,” she said. “And there doesn’t seem to be any sort of urgency about fixing this issue.”

Despite this, parents involvement in education is not likely to die down, Morabito predicted.

“I think education only gets bigger from here,” Morabito said, highlighting parent’s criticism of teachers unions and a lack of transparency in some schools. “Parents are the tip of the spear leading the charge,” she added.