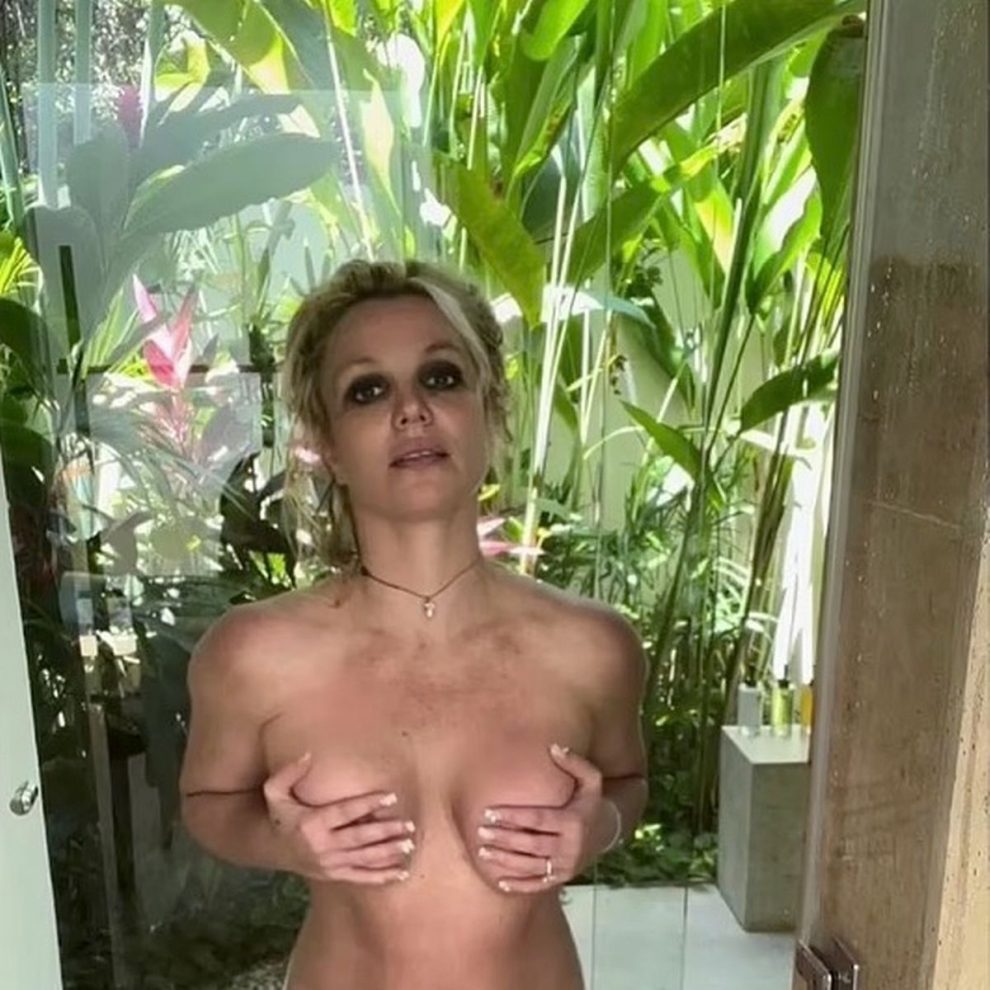 Panicked Britney Spears fans took to social media to beg the pop star to stop after she posted twelve nude photos for her 40.9 million Instagram followers.

Within a five-hour timespan, the pop star shared three posts, each with a similar series of nude photos.

“Photo dump of the last time I was in Mexico BEFORE there was a baby inside me … why the heck do I look 10 years younger on vacation,” the first Instagram carousel was captioned.

While some fans commended her posts, others pleaded with the star to stop posting such images, and implored her to think of her children.

“I don’t know why people keep cheering her on. She’s clearly not functioning well,” one Instagram user wrote.

“Stop it Brit, think about your kids,” another commented.

“Babydoll you need some real friends. Friends don’t let you post stuff like this. I mean that with love — think about your babies,” another wrote.

“What are you doing stop it,” another Instagram user begged.

“This has to be embarrassing for teen sons,” another reacted.

“Put some clothes on! Imagine what your kids and their friends think when they all see these?” another commented.

In a follow-up post an hour later, Spears shared another series of similar photos, alongside the caption, “Don’t underestimate the power of doing it myself and shooting with a selfie stick !!! Photo dump before there was a child inside me !!!”

“People who actually love you wouldn’t let these be posted,” another commented.

“I really like Britney but I am so worried about her. Why???? Who is her publicist???? Once it’s out there, it’s OUT THERE,” another wrote.

“BRITNEY LEAVE SOME TO THE IMAGINATION,” another Instagram user exclaimed.

“She has a right to show her body, yes, but does that mean she should. She is a 40 year old mother of two boys with a baby on the way. Does she even care about her kids seeing these one day or all of their classmates seeing these?” one Instagram user asked.

“We get it, you’re hot, but please stop!!” another begged.

The fans’ Instagram comments, however, appeared to fall on deaf ears, as the “Oops!… I Did It Again” singer then followed up that post with yet another post, again featuring several similar nude photos, captioned, “I love you all SSSSSSSSSOOOOOOOOOO much !!!!”

“Britt u don’t need to do this babe,” another advised.

Spears is becoming known for her provocative Instagram posts. Late last year, the pop star celebrated the end of her conservatorship — that had controlled her life and money for 13 years — by sharing naked photos with her Instagram followers.