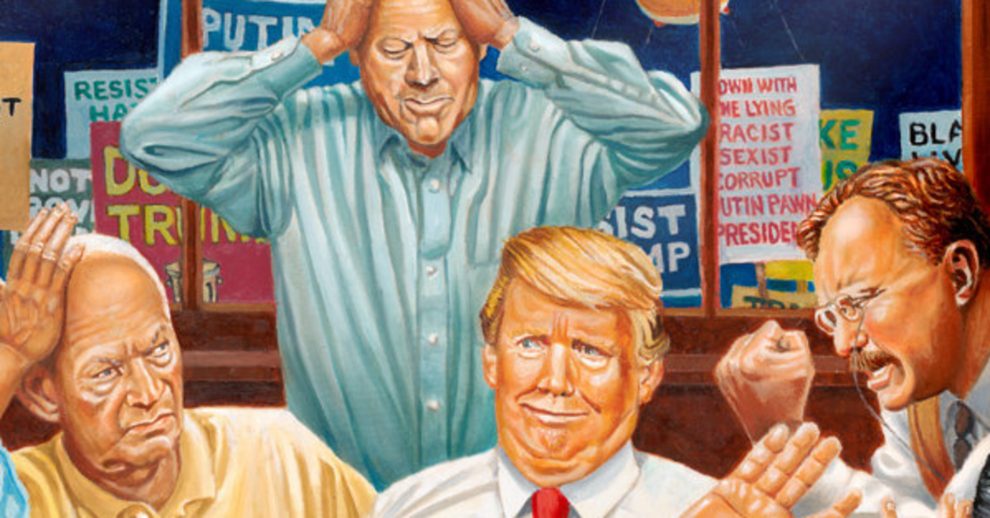 Remember that painting of President Donald Trump that viewers spotted hanging in the White House during his bizarre “60 Minutes” interview in October? 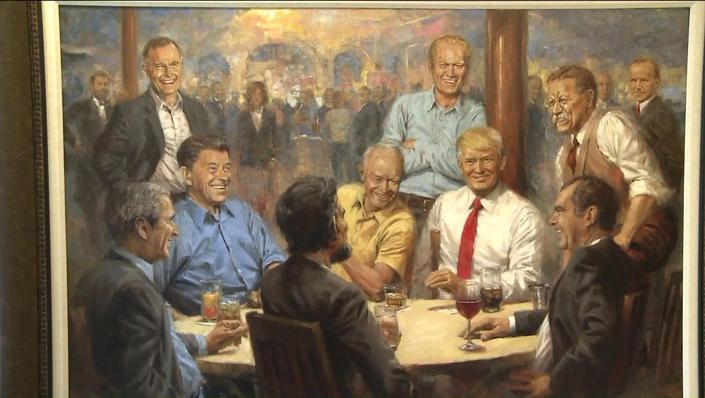 Artist Andy Thomas’ piece, titled “The Republican Club,” depicted Trump shooting the breeze with other GOP presidents. Here it is:

Well, New York artist Michael D’Antuono, 62, has reimagined the work in accordance with how he believes the scene would really play out.

And he doesn’t believe Trump will be hanging his painting, titled “Party Pooper,” in the official residence anytime soon:

D’Antuono’s version shows Trump facing the wrath of the other presidents for cheating at cards. Protesters stand outside the window, and the Trump baby blimp also makes a subtle appearance.

“As in life, Trump literally shrugs off the outrage caused by his double-dealing chicanery,” D’Antuono said in a statement sent to HuffPost Thursday.

“While the painting highlights Trump’s inability to feel shame, the real message is that the Republican presidents of past generations (and their constituents) would not approve of what Trump represents,” he added. “The protesters in the window suggest the reasons that the majority of Americans feel the same.”

Source: Painting Of Donald Trump Chilling With Other GOP Presidents Gets Scathing Reworking

See also  Liz Cheney at Reagan Library: ‘Men Are Running the World and It Is Really Not Going that Well’
→ What are your thoughts? ←
Scroll down to leave a comment: