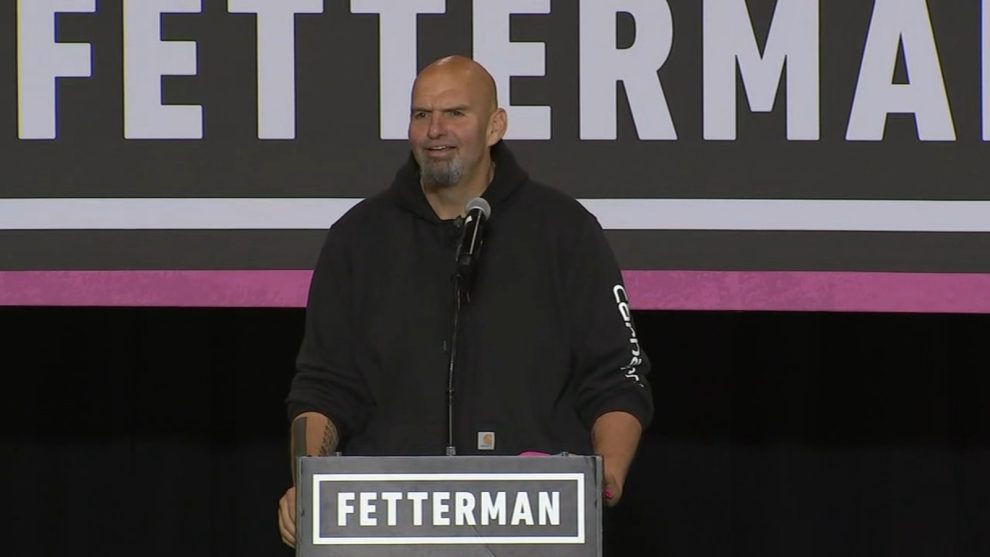 Fetterman is running against Republican nominee Dr. Mehmet Oz in the 2022 US Senate race in Pennsylvania.

John Fetterman has been dodging Dr. Oz’s requests to debate since his massive stroke in May.

John Fetterman can barely talk after his stroke.

He was in bad shape on Sunday.

Here are the highlights. pic.twitter.com/8udMddHAcQ

Fetterman introduced himself as “John Fetterwoman.”

The Pennsylvania Democrat held up a bright pink t-shirt and said, “My name is John Fetterwoman!”

But it’s a super secret debate.

Fetterman didn’t specify where or when the debate will take place.

Democrat Fetterman told Politico that he will debate Dr. Oz “sometime in the middle to end of October.”

So if he agrees to a debate at the end of October, it will be well after early and mail-in voting starts.

Fetterman also told Politico that his campaign is looking into closed captioning so he doesn’t miss any words as he continues to recover from his stroke.