On Friday, Hanen ruled that the Obama administration had illegally implemented the DACA program to shield hundreds of thousands of illegal aliens from deportation. The program, Hanen ordered, must be effectively shut down to new, illegal alien applicants.

In response, the nation’s leading open borders organizations are blasting the ruling and demanding that Congress pass an amnesty to keep millions of illegal aliens enrolled and eligible for DACA in the United States.

“This ruling is wrong and is subject to appeal. But Dreamers’ futures shouldn’t be in the hands of the courts,” the American Civil Liberties Union’s Omar Jadwat said in a statement:

It is absolutely urgent that Congress acts now through the budget reconciliation process to provide Dreamers and other undocumented members of our communities with reliable status and a pathway to citizenship. [Emphasis added]

CASA’s Gustavo Torres said in a statement that his group “is furious that Judge Hanen has once again attacked the immigrant community from the bench” and vowed to “fight back against this terrible decision.”

“Nothing should be more urgent than for Congress to move on citizenship for all, including DACA holders, immediately,” Torres continued.

United We Dream, an open borders group linked to billionaire George Soros, wrote in a statement that Hanen’s ruling is “vindictive and cruel” and pleaded with Senate Democrats to pass amnesty through a filibuster-proof maneuver known as reconciliation that would only require majority support in the Senate.

“Just this week, Senate Democrats included a pathway to citizenship for millions in their proposed budget resolution, which was a direct result of our movement’s power,” United We Dream’s Greisa Martinez Rosas said. “Democrats must act now to make citizenship a reality.”

Despite the fact that the legality of DACA has already been settled by multiple courts, Judge Hanen has now done what the Trump administration tried unsuccessfully for years. Congress has a unique opportunity to finally do what is right, not just for DACAmented youth, but also for the millions of people who have been forced to live in the shadows for far too long. The time is now. [Emphasis added]

Sen. Alex Padilla (D-CA) suggested this week that President Joe Biden is on board with slipping an amnesty through Congress via the filibuster-proof reconciliation maneuver.

Should Democrats try to sneak an amnesty into a budget via reconciliation, it will be up to Senate Parliamentarian Elizabeth MacDonough to halt the plan on the grounds that the measure is not budget-related but actually alters federal immigration law. MacDonough previously stopped Democrats from increasing the federal minimum wage via reconciliation.

A DACA amnesty would put more U.S.-born children of illegal aliens — commonly referred to as “anchor babies” — on federal welfare, as Breitbart News reported, while American taxpayers wouldpotentially be left with a $26 billion bill.

At the southern border, a DACA amnesty has the potential to trigger a border surge that could triple the number of illegal aliens pouring through the border. Since DACA’s inception, more than 2,100 recipients of the program have been kicked off because they were found to be either criminals or gang members. 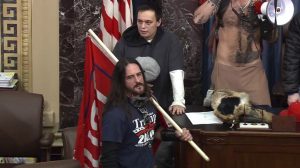 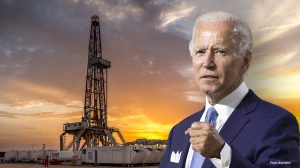 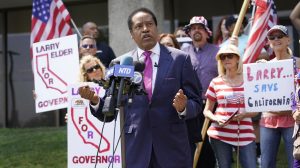 Literal Fascism Before Our Eyes: Psaki Says You Should Be Banned from All Platforms if You’re Banned from One
NFL Announce They Will Play The ‘Black National Anthem’ BEFORE The Star Spangled Banner During EVERY Week 1 Game