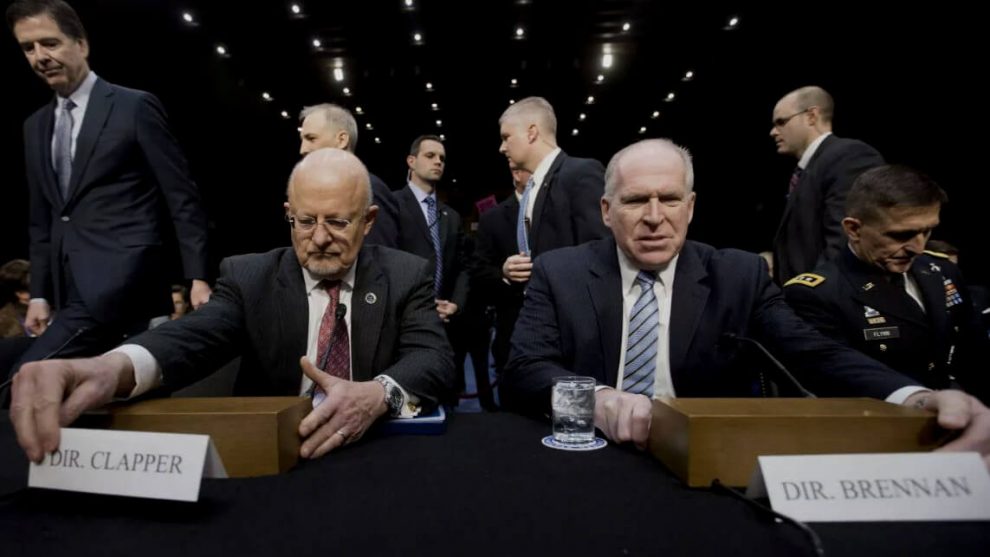 The top election security official for the intelligence community, Shelby Pierson, reportedly misled members of the House Intelligence Committee during a briefing on Russia’s efforts to interfere in the 2020 election, with the goal of helping President Donald Trump, according to three national security officials familiar with the matter as well as National Security Adviser Robert O’Brien.

Pierson reportedly told lawmakers that Russia was interfering in the 2020 election with the aim of helping President Trump win re-election, despite no evidence suggesting that was Russia’s intention. Concerns over the lack of evidence backing Pierson’s claim were raised in response to a New York Times’ report about the intelligence briefing, making vague assertions that Russia’s efforts were intended to help the president’s bid for re-election. Members of the intelligence community are now saying there is no evidence to back up Pierson’s claim.

Pierson’s characterization of Russian interference led to pointed questions from lawmakers, which officials said caused Pierson to overstep and assert that Russia has a preference for Trump to be reelected.

The Office of the Director of National Intelligence, where Pierson is a senior official, did not respond to CNN’s request for comment.

Trump has been periodically briefed on Russian interference in the 2020 election, but was upset when he learned of Pierson’s characterization of the intelligence in part because intelligence officials had not characterized the interference as explicitly pro-Trump. One national security official said Russia’s only clear aim, as of now, is to sow discord in the United States.

On Sunday, President Trump accused House Intelligence Committee Chairman Adam Schiff of leaking the misleading assessment by Shelby Person to the news media. National Security Adviser Robert O’Brien appeared on ABC’s “This Week” on Sunday, saying that he has seen no evidence to suggest Russia was attempting to interfere in the U.S. election in order to help the president.

“I’ve seen the reports from that briefing at the intel committee …” O’Brien said on Sunday, “who knows what happened over at the House and the Intelligence Committee, but I haven’t seen any evidence that Russia’s doing anything to attempt to get President Trump re-elected.”

If Trump wins re-election, it looks like Democrats don’t plan on accepting those results either.