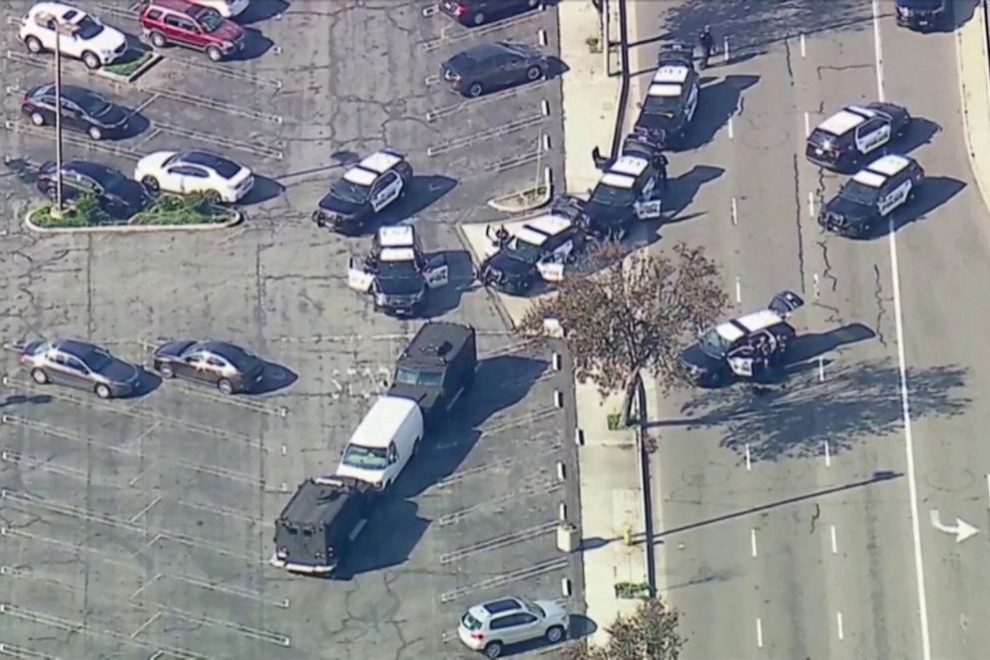 An Asian man suspected in the mass shooting in Monterey Park, Calif., that killed 10 was surrounded by police in Torrance, about 22 miles from Alhambra, where there was another incident that police believe was connected to the Monterey Park shootings.

The man was found in a white van slumped over at the steering wheel dead.

Police surrounded the van with tactical vehicles and bomb squad trucks for hours before going in. A person’s body appeared to be slumped over the wheel, but authorities did not immediately identify the person in the van.

Los Angeles County Sheriff Robert Luna previously released photos of an Asian man who was believed to be the suspect, but he did not release the man’s name.

BREAKING. The suspect in a shooting in Monterey Park, California, that left 10 dead and 10 wounded is dead according to police. He shot and killed himself inside a white van that police had surrounded. (Via NBC News) #MontereyPark pic.twitter.com/4PQZoK1NbJ

And the usual suspects blame “bigotry” without waiting for the facts.

Despite police not releasing the suspect’s identity or race, some liberals on Twitter were quick to pin the horror on white supremacy and anti-Asian hate before all the facts were known.

Sen. Chuck Schumer, D-N.Y., tweeted: “We must stand up to bigotry and hate wherever they rear their ugly heads, and we must keep working to stop gun violence.”

Meanwhile, #StopAsianHate many Twitter users condemned the violence, punctuating their tweets with “#StopAsianHate.”No motive has been announced, but it certainly isn’t “anti-Asian hate.”