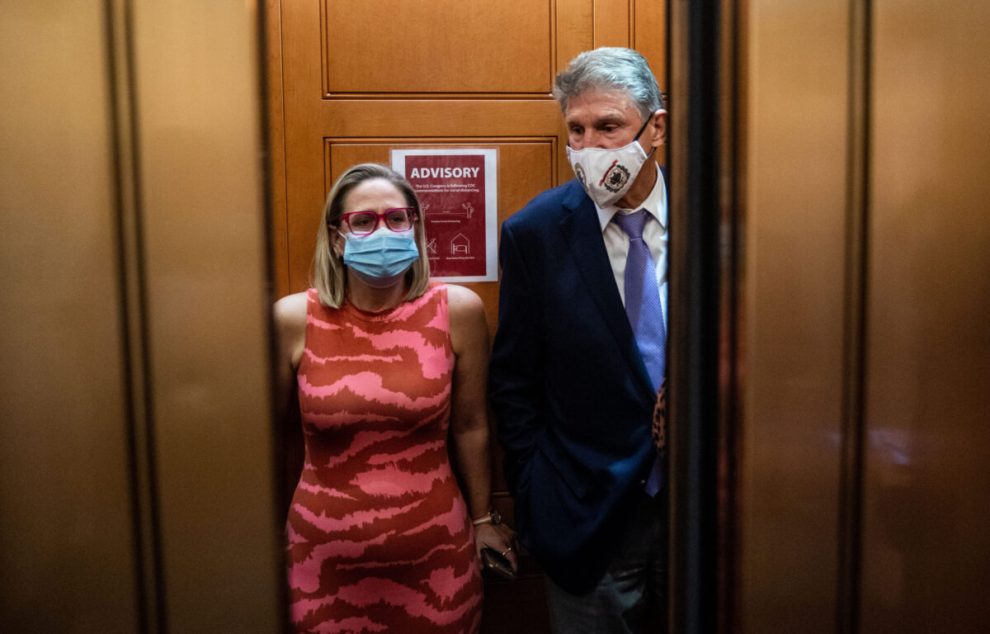 Only 12% of Americans believe the Democrats’ “Inflation Reduction Act” will accomplish what its name suggests, according to a YouGov poll released Wednesday.

The survey asked nearly 1,500 Americans between July 30 and August 2 about their thoughts on the new spending package that Democrats are using to resurrect parts of President Joe Biden’s “Build Back Better” agenda. The results showed that most people don’t think the bill will reduce inflation.

The poll also gauged where voters stood on the “Inflation Reduction Act” as a whole. A majority (51%) supported the bill that YouGov referred to as a “climate and energy bill,” while 31% opposed and 17% were unsure.

The “Inflation Reduction Act” would be the largest legislative climate spending in U.S. history at $369 billion while increasing taxes on billion-dollar companies. The spending package would also allow the Internal Revenue Service (IRS) to hire up to 87,000 employees as it increases taxes on the majority of Americans, according to new reports.

Sen. Kyrsten Sinema (D-AZ) gave the bill her approval Thursday night, meaning the Senate appears to have enough votes to pass the massive package. Sinema was the last Democrat to hold out on the legislation after Sen. Joe Manchin (D-WV) came to a surprise agreement with Senate Majority Leader Chuck Schumer (D-NY) last week.

Upon his agreement, Manchin claimed that reconciling with Democrats on the package will help the country fight inflation, but findings from the Penn Wharton Budget Model now bring that claim into question. If signed into law, the “Inflation Reduction Act” could result in the exact opposite of what its name suggests, as it is estimated to slightly increase inflation over the next two years, according to the Penn Wharton study.

“The Act would very slightly increase inflation until 2024 and decrease inflation thereafter. These point estimates are statistically indistinguishable from zero, thereby indicating low confidence that the legislation will have any impact on inflation,” the Penn Wharton Budget Model found.

The study went on to explain that inflation could rise by 0.05% over the next two years before a marginal drop of 0.25% “by the late 2020s,” rendering the spending package basically ineffective at accomplishing its purpose.