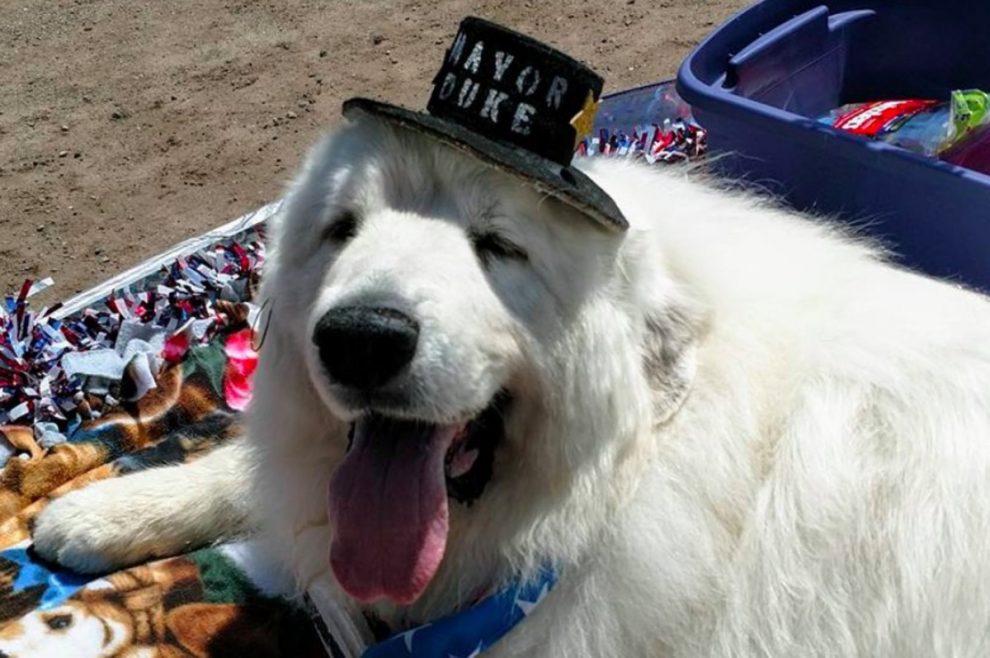 Duke, the 13-year-old Great Pyrenees who became famous for becoming the mayor of a Minnesota town, has died.

“Our beloved mayor Duke went to doggy heaven today. He will be greatly missed,” it read, in part. “Thanks to all who express their condolences it means a lot of hard times like this.”

According to KFGO, Duke achieved fame as the write-in winner of the mayor’s seat of Cormorant Township four times since 2014 and “retired” last year due to failing health.

Duke acted as an ambassador for the village, appearing in parades on billboards.

A memorial will be held for Duke in March or April.

To read about how a dog got elected Mayor click here.

See also  Biden’s Economy Sees Worst First Half for Stocks Since 1872
→ What are your thoughts? ←
Scroll down to leave a comment: