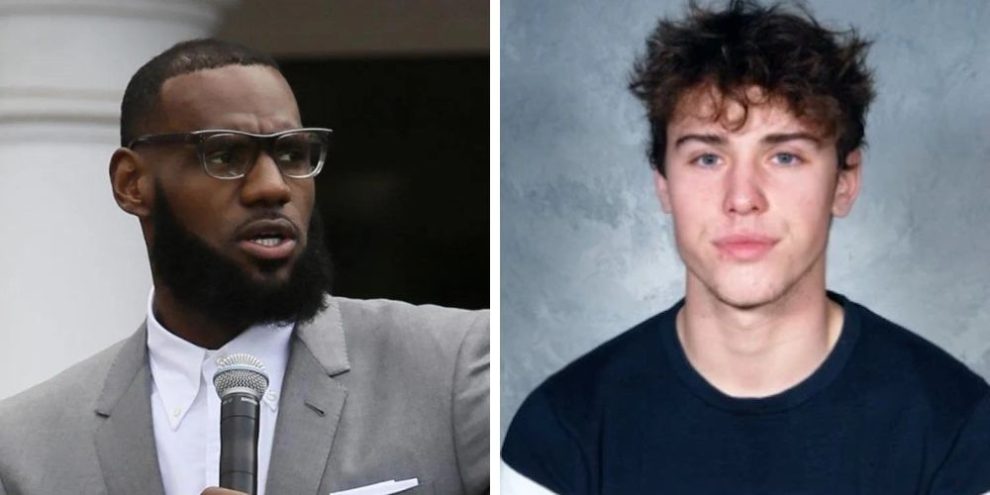 The Ohio teen boy that was found beaten to death in the parking lot of a school founded by NBA player LeBron James had been revealed by an autopsy report to have suffered a broken neck and had a shoe imprint on his chest.

The Summit County Medical Examiner released the preliminary autopsy report on Tuesday which revealed that 17-year-old Ethan Liming’s occipital bone had been broken, Akron Beacon Journal reports. The occipital bone is the major bone at the base of the skull that connects to the cervical spine and protects the brain.

The report also revealed that Liming suffered blunt force trauma to the head, as well as a black eye and a head laceration.

Ethan Liming, 17, of Akron, Ohio, was found beaten to death in the parking lot of the I Promise School, which was founded by the LeBron James Family Foundation on June 2, according to the Akron Police Department. Liming would have been a senior at Firestone Community Learning Center in the Fall.

Authorities say that Liming and his friends shot water gel balls at a group of at least three other males playing basketball on the school court the night of June 2. A fight broke out in the school parking lot, and Liming was found dead at the scene around 11 pm that night.

As Ethan Liming laid dying, Liming’s friends phoned 911 to try to get help after he was mercilessly beaten.

“We’re at the I Promise School in Akron, Ohio,” a teen tells the 911 dispatcher, “Our friend just got knocked out. We don’t know what to do.” The call was posted to Twitter by Human Events Daily’s Jack Posobiec. In the background, a voice can be heard saying “Hey man, we’re sorry, man. We didn’t mean it.”

21-year-old Donovan Jones, 20-year-old DeShawn Stafford Jr., and 19-year-old Tyler Stafford were all arrested in connection to the June 2 death of Ethan Liming on school grounds in Akron, Ohio. They are being held on $1 million bond, and all three have pled not guilty to charges of murder and felonious assault.

Amy Schaefer, an investigator at the SCME office, told the Daily Mail that the investigation remains on going and the full autopsy has not been finalized.

“The investigation is still going on. The autopsy results and the death certificate are pending and have not yet been finalized and could take several weeks,” Schaefer said.